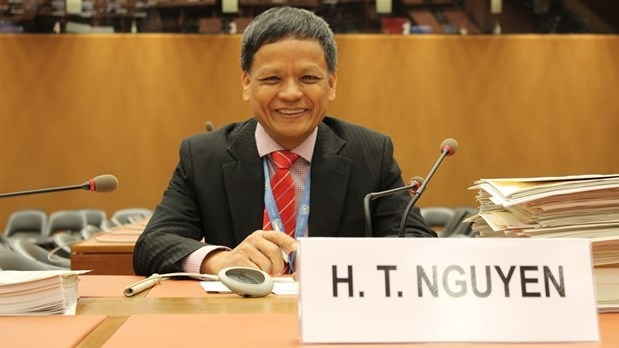 NDO/VNA – Ambassador Nguyen Hong Thao, the first Vietnamese to be elected as a member of the International Law Commission (ILC), will continue running for this post for another tenure, 2023-2027.

The 76th United Nations General Assembly plans to conduct voting for 34 ILC members at the UN headquarters in New York on November 12.

Thao is among 11 candidates who will be running for eight seats representing the Asia-Pacific region. The remaining 10 candidates are from Japan, China, the Republic of Korea, Thailand, Cyprus, India, Sri Lanka, the Philippines, Mongolia and Lebanon.

Ambassador Thao is a veteran Vietnamese diplomat with 40 years of experience. He earned a doctorate degree on law from the University of Paris 1 Pantheon-Sorbonne and is now also teaching international law at the Diplomatic Academy of Vietnam.

In 2016, Ambassador Thao became the first Vietnamese to be elected as an ILC member. During the 2017-2022 tenure, he actively promoted ILC’s research results, delivered speeches and joined discussions at the ILC.

He also helped express developing nations’ interest in new and non-traditional topics, and actively joined in discussions on topics such as protection of the atmosphere and environmental protection in armed conflicts. Most notably, he strongly supported the ILC’s research on rising seawater level and the addition of the issue to the committee's long-term working agenda.

With an in-depth knowledge about laws on the sea and the environment, he made significant contributions to the first report of the research group on rising sea level in relation to international law last year.

Apart from valuable professional contributions, Thao also played a role in fostering connections and ties among ILC members to promote exchange between legal researchers and practitioners of international law at home and abroad. He was also speakers at many universities and prestigious seminars in the region. In 2018, he was elected as the second Vice Chairman of the ILC on the occasion of its 70th founding anniversary.