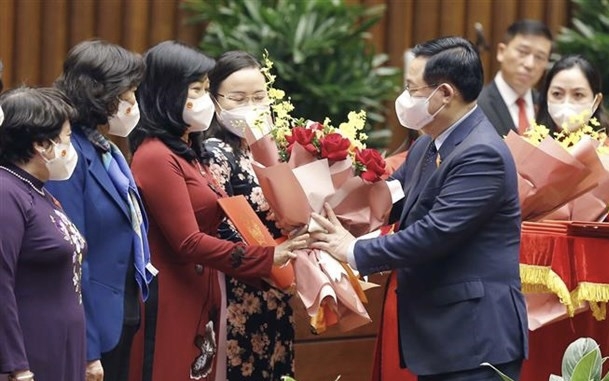 NDO/VNA – The National Assembly (NA) Standing Committee announced resolutions on the establishment of the Vietnam Friendship Parliamentarians Organisation, the Young Parliamentarians Group and the Group of Female NA Deputies.

Addressing the ceremony, NA Chairman Vuong Dinh Hue said the National Assembly of Vietnam has established relations with about 180 countries around the world and is a member of many regional and international multilateral parliamentary organisations and mechanisms, adding that the NA's external affairs are closely linked with those of the Party and State and people-to-people diplomacy.

Regarding the Young Parliamentarians Group and the Group of Female NA Deputies, Hue said these groups are forums for female and young NA deputies to exchange and share experience in NA activities, especially in areas related to gender equality and policies for young people.