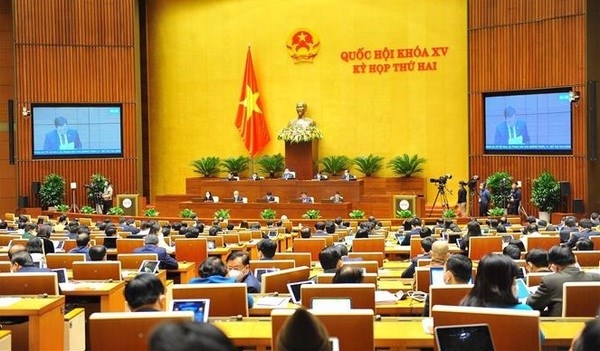 An overview of the session. (Photo: VNA)

NDO/VNA – Greater attention should be paid to ethnic minority-inhabited and mountainous areas while designing socio-economic development plans in the future to ensure no one is left behind, many deputies to the 15th National Assembly (NA) have suggested.

It is necessary to choose urgent projects in the areas to focus investment on, they said during the NA discussion on November 8, the second stage of the 15th NA's second session.

Deputy Nguyen Thi Xuan of Dak Lak province said that the Government should allocate more resources in 2022 and following years to make breakthroughs in socio-economic development in the areas. This will help narrow down the development gaps among regions, while strengthening the people-based defence and security in strategic areas, she held.

Meanwhile, deputy Doan Thi Hao of Thai Nguyen province noted that local residents in many areas of strategic important are still facing grave difficulties in their daily life. She proposed that in the socio-economic development plan for 2022, the NA and Government should increase investment in socio-economic development in those areas, including support from the State budget, and speed up the disbursement of public investment.

According to Hao, it is crucial to identify critical projects in those areas and give them priority in investment. She cited as example projects to deal with the shortage of land for housing and farming, and fundamental infrastructure system serving production and daily activities of people from ethnic minority groups and mountainous areas.

At the same time, Pham Trong Nghia, a deputy of Lang Son province asked the NA to consider special policies and solutions for ethnic groups and mountainous areas, and combine them with general policies on ethnic minority and mountainous affairs during the making of socio-economic plans for 2022 as well as the national economic restructuring scheme in the 2021-2025 period.