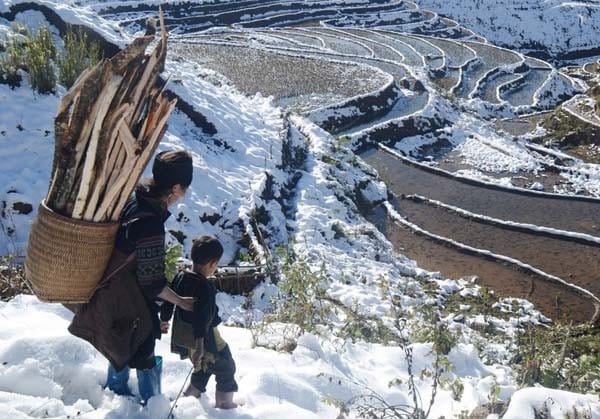 Another strong cold snap to sweep northern region, which could bring the temperatures in some high mountainous areas to below eight degrees centigrade.

According to Hoang Van Dai, deputy director of the National Centre for Hydro-meteorological Forecasting, from November 7 evening, the temperature in northern and northern central localities, including Hanoi, would fall to 15-18 degrees centigrade or even below eight degrees centigrade in several high mountainous areas.

However, the northern region would experience dry weather in the following three weeks.

Some northern provinces, including Ha Giang, Cao Bang and Bac Kan would see rains and strong winds tomorrow morning with the rainfall of 10-30 mm. These provinces’ rainfall between November and March would be 10-25 percent lower than the average level of many previous years.

From November 8, localities from Danang to Khanh Hoa would have rains and strong winds. Hail would also occur, DTINews reported.