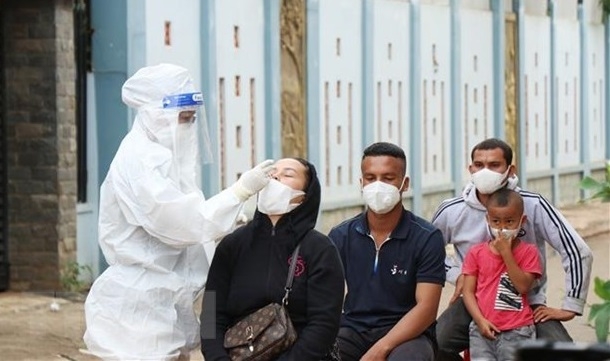 NDO/VNA – Vietnam recorded 3,985 cases of COVID-19 on October 22, including eight imported cases, according to the Ministry of Health.

According to the Ministry of Health’s report, 3,073 patients nationwide are in serious conditions, with 383 requiring invasive ventilation and 16 on life support (ECMO).

A further 5,202 patients were given the all-clear, taking the total number of recoveries to 803,326.

By October 21, the country had injected over 70.48 million doses of vaccines to date, with more than 20.15 million people now fully inoculated.