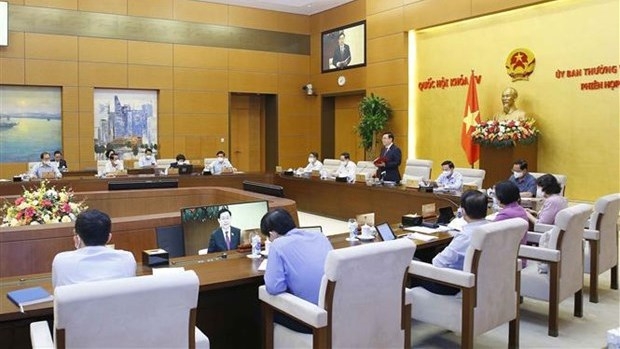 A view of the NA Standing Committee's fourth session that opens on October 11 (Photo: VNA)

NDO/VNA – The National Assembly (NA) Standing Committee on October 11 looked into opinions that the public submitted to the upcoming second session of the 15th parliament, together with some other issues.

However, Chien noted, they still voiced concerns about adverse impacts of the COVID-19 pandemic.

The Presidium of the VFF Central Committee put forth six proposals, including handling the vaccine strategy; increasing investment in the grassroots healthcare system and preventive medicine; thoroughly dealing with social security issues, labour, employment, social psychology, bringing up and education of orphans, and support for vulnerable groups; and listing medical equipment and biologicals for testing among the commodities subject to the State's management of prices.

Voters and people supported the policy of delaying wage increases amid major impacts of the pandemic but called on the Party and State to raise pensions for those who retired before 1995.

They held that the Party and State should consider policies for assisting and encouraging frontline forces in the pandemic combat, according to Chien.