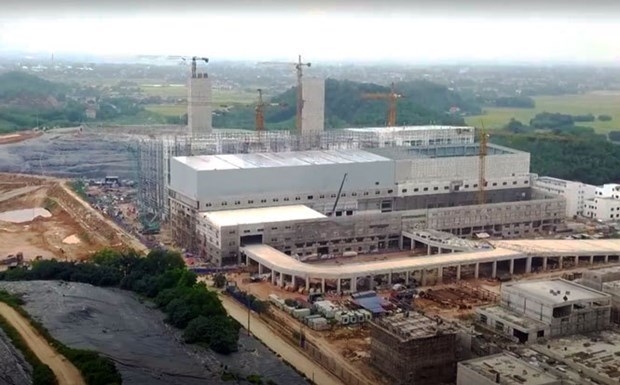 NDO/VNA – The Vietnamese Government has set a goal to raise the rate of solid waste collected and safely treated to 100 percent in 2050 as part of the freshly approved national strategy on green growth for 2021-2030 with a vision to 2050.

Overall, the strategy aims at restructuring the economy in connection with renewing the growth model to achieve economic prosperity, environmental sustainability, social equality towards a green economy, carbon neutrality, and contributing to limiting global warming.

Per the strategy, by 2050, 100 percent of urban areas will have their drainage systems completed to remove the possibility of flooding. All waste water will be treated following technical standards.

In special-class and first-class municipalities, public transport will handle at least 40 percent and 15 percent, respectively, of passenger volumes.

Meanwhile, by the time, at least 45 urban areas will ratify and implement their own master plans on developing green growth city.

According to the Ministry of Planning and Investment, the previous national strategy on green growth for 2011-2020 helped raise public awareness about the significance of green growth after eight years of implementation. Measures to cut greenhouse gas emissions were carried out widely, resulting in a reduction of 12.9 percent reduction in such emissions compared to the normal development scenario.

Energy consumption per unit of GDP declined by an average of 1.8 percent each year, while 46.9 percent of businesses targeted cleaner production by 2020 compared to 28 percent ten years earlier. In particular, outstanding loans funding green growth stood at nearly VND238 trillion (US$10.36 billion) by 2018, or 235 percent higher than the figure in 2015.