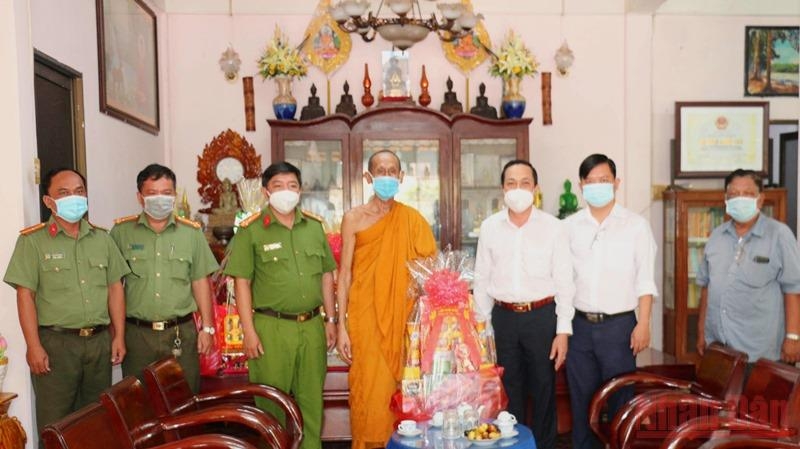 NDO - Tra Vinh Province has encouraged Khmer people to celebrate the 2021 Sene Dolta Festival warmly and in solidarity while continuing to effectively implement regulations on epidemic prevention and control.

Because the province is still applying social distancing measures according to Directive No. 15/CT-TTg of the Prime Minister to prevent and control the Covid-19 epidemic.

Deputy Head of the Tra Vinh Provincial Committee for Ethnic Minority Affairs Ha Thanh Son said that the Sane Dolta Festival of the Khmer people takes place on October 5, 6 and 7. Due to the impact of the Covid-19 epidemic, the province did not hold the 2021 Sene Dolta Festival as usual. 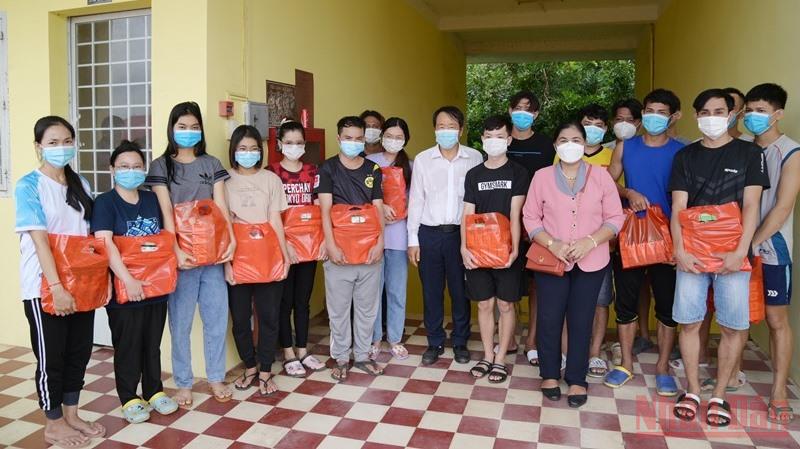 At the places visited, representatives of the delegations visited the health and life and wished the revolutionary elders, monks and Khmer Buddhists a warm, safe and economical Sene Dolta Festival celebration. At the same time, they also encouraged Khmer people to strictly abide by the 5K regulations of the Ministry of Health and social distancing measures, soon restore production and stabilise life.

According to the Department of Labour, War Invalids and Social Affairs of Tra Vinh Province, implementing Resolution No. 68/NQ-CP of the Government on supporting people to overcome the pandemic, the Provincial People's Committee has approved to support 210,000 people, with the amount of more than VND324 billion. Currently, more than 158,000 people have been supported with a total of more than VND242 billion, accounting for more than 75% of the total approved funding. Of which, almost 100% are poor and near-poor Khmer households. 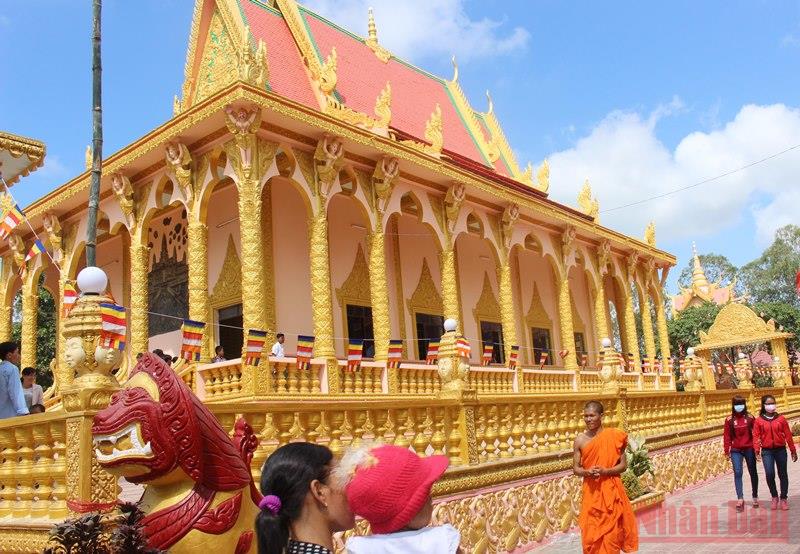 The pagoda is the place of Buddhist religious activities of the Khmer people.