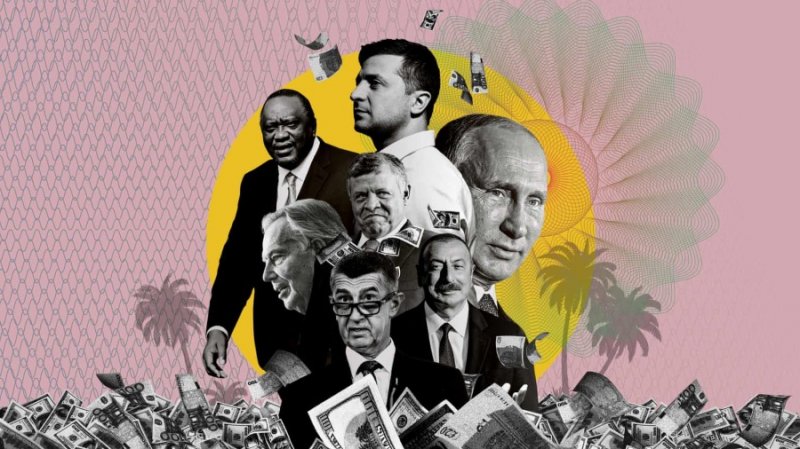 The secret deals and hidden assets of some of the world’s richest and most powerful people have been revealed in the biggest trove of leaked offshore data in history.

Branded the Pandora papers, the cache includes 11.9m files from companies hired by wealthy clients to create offshore structures and trusts in tax havens such as Panama, Dubai, Monaco, Switzerland and the Cayman Islands.

They expose the secret offshore affairs of 35 world leaders, including current and former presidents, prime ministers and heads of state. They also shine a light on the secret finances of more than 300 other public officials such as government ministers, judges, mayors and military generals in more than 90 countries. 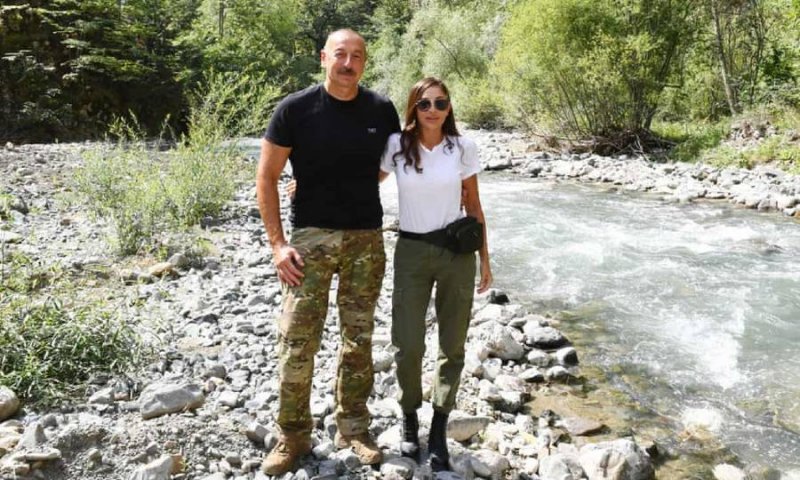 The files include disclosures about major donors to the Conservative party, raising difficult questions for Boris Johnson as his party meets for its annual conference.

More than 100 billionaires feature in the leaked data, as well as celebrities, rock stars and business leaders. Many use shell companies to hold luxury items such as property and yachts, as well as incognito bank accounts. There is even art ranging from looted Cambodian antiquities to paintings by Picasso and murals by Banksy.

The Pandora papers reveal the inner workings of what is a shadow financial world, providing a rare window into the hidden operations of a global offshore economy that enables some of the world’s richest people to hide their wealth and in some cases pay little or no tax.

The files were leaked to the International Consortium of Investigative Journalists (ICIJ) in Washington. It shared access to the leaked data with select media partners including the Guardian, BBC Panorama, Le Monde and the Washington Post. More than 600 journalists have sifted through the files as part of a massive global investigation.

The Pandora papers represent the latest – and largest in terms of data volume – in a series of major leaks of financial data that have convulsed the offshore world since 2013.

Setting up or benefiting from offshore entities is not itself illegal, and in some cases people may have legitimate reasons, such as security, for doing so. But the secrecy offered by tax havens has at times proven attractive to tax evaders, fraudsters and money launderers, some of whom are exposed in the files.

After more than 18 months analysing the data in the public interest, the Guardian and other media outlets will publish their findings over the coming days, beginning with revelations about the offshore financial affairs of some of the most powerful political leaders in the world.

They include the ruler of Jordan, King Abdullah II, who, leaked documents reveal, has amassed a secret $100m property empire spanning Malibu, Washington and London. The king of Jordan declined to answer specific questions but said there would be nothing improper about him owning properties via offshore companies. Jordan appeared to have blocked the ICIJ website on Sunday, hours before the Pandora papers launched.

The files also show that Azerbaijan’s ruling Aliyev family has traded close to £400m of UK property in recent years. One of their properties was sold to the Queen’s crown estate, which is now looking into how it came to pay £67m to a company that operated as a front for the family that runs a country routinely accused of corruption. The Aliyevs declined to comment.

The Pandora papers also threaten to cause political upsets for two European Union leaders. The prime minister of the Czech republic, Andrej Babiš, who is up for election this week, is facing questions over why he used an offshore investment company to acquire a $22m chateau in the south of France. He too declined to comment. 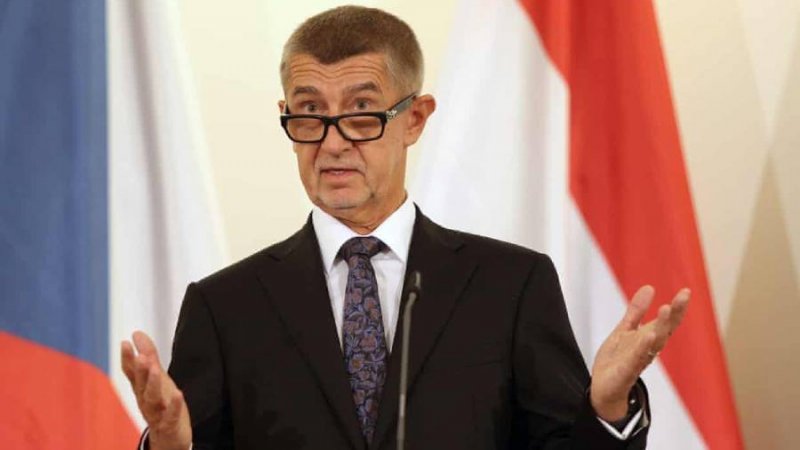 The Czech prime minister, Andrej Babiš, is facing questions over why he used an offshore investment company to acquire a $22m chateau in the south of France. Photograph: Milan Kammermayer/EPA

And in Cyprus, itself a controversial offshore centre, the president, Nicos Anastasiades, may be asked to explain why a law firm he founded was accused of hiding the assets of a controversial Russian billionaire behind fake company owners. The firm denies any wrongdoing, while the Cypriot president says he ceased having an active role in its affairs after becoming leader of the opposition in 1997.

Not everyone named in the Pandora papers is accused of wrongdoing. The leaked files reveals that Tony and Cherie Blair saved £312,000 in property taxes when they purchased a London building partially owned by the family of a prominent Bahraini minister.

The former prime minister and his wife bought the £6.5m office in Marylebone by acquiring a British Virgin Islands (BVI) offshore company. While the move was not illegal, and there is no evidence the Blairs proactively sought to avoid property taxes, the deal highlights a loophole that has enabled wealthy property owners not to pay a tax that is commonplace for ordinary Britons. 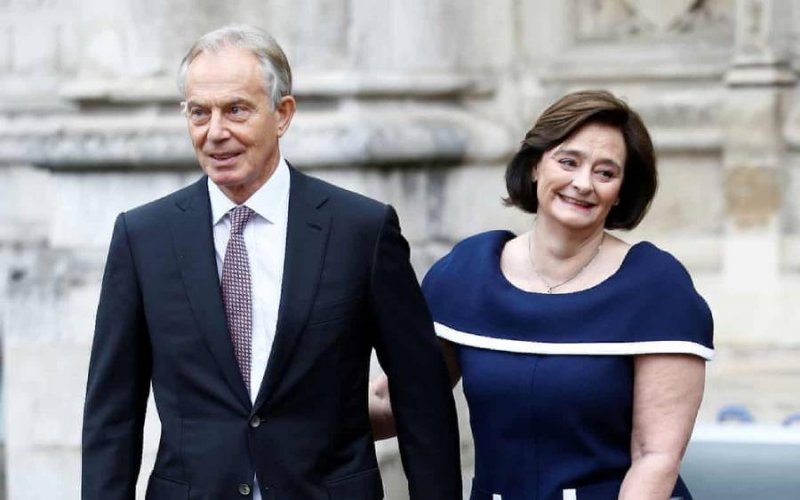 The leaked records vividly illustrate the central coordinating role London plays in the murky offshore world. The UK capital is home to wealth managers, law firms, company formation agents and accountants. All exist to serve their ultra-rich clients. Many are foreign-born tycoons who enjoy “non-domicile” status, which means they pay no tax on their overseas assets. 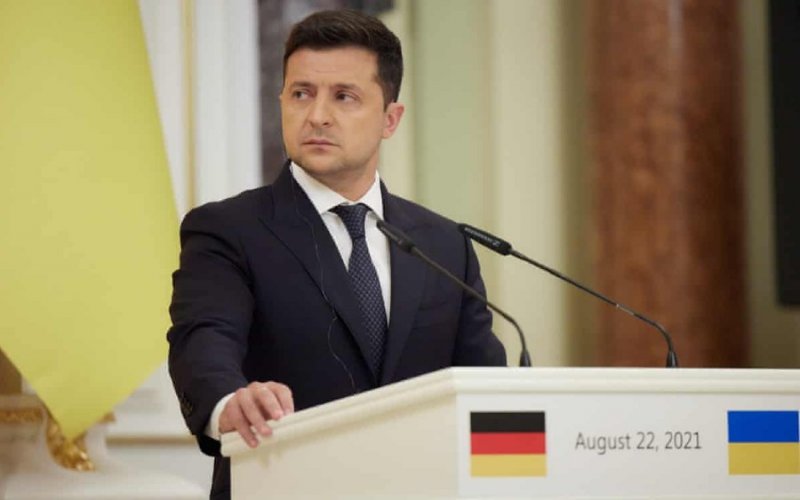 Ukraine’s president, Volodymyr Zelenskiy, who was elected in 2019 on a pledge to clean up his country’s notoriously corrupt and oligarch-influenced economy, is also named in the leak. During the campaign, Zelenskiy transferred his 25% stake in an offshore company to a close friend who now works as the president’s top adviser, the files suggest. Zelenskiy declined to comment and it is unclear if he remains a beneficiary.

The Russian president, Vladimir Putin, whom the US suspects of having a secret fortune, does not appear in the files by name. But numerous close associates do, including his best friend from childhood – the late Petr Kolbin – whom critics have called a “wallet” for Putin’s own wealth, and a woman the Russian leader was allegedly once romantically involved with. None responded to invitations to comment.

The Pandora papers also place a revealing spotlight on the offshore system itself. In a development likely to prove embarrassing for the US president, Joe Biden, who has pledged to lead efforts internationally to bring transparency to the global financial system, the US emerges from the leak as a leading tax haven. The files suggest the state of South Dakota, in particular, is sheltering billions of dollars in wealth linked to individuals previously accused of serious financial crimes.

The offshore trail also stretches from Africa to Latin America to Asia, and is likely to pose difficult questions for politicians across the world. In Pakistan, Moonis Elahi, a prominent minister in prime minister Imran Khan’s government, contacted an offshore provider in Singapore about investing $33.7m. 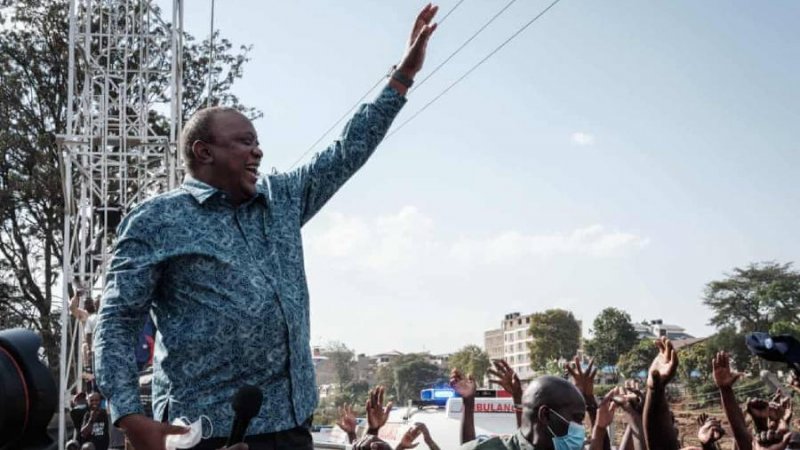 Kenya’s president, Uhuru Kenyatta, will come under pressure to explain why he and his close relatives amassed more than $30m of offshore wealth. Photograph: Yasuyoshi Chiba/AFP/Getty Images

In Kenya, the president, Uhuru Kenyatta, has portrayed himself as an enemy of corruption. In 2018, Kenyatta told the BBC: “Every public servant’s assets must be declared publicly so that people can question and ask: what is legitimate?”

He will come under pressure to explain why he and his close relatives amassed more than $30m of offshore wealth, including property in London. Kenyatta did not respond to enquiries about whether his family wealth was declared to relevant authorities in Kenya.

The Pandora papers also reveal some of the unseen repercussions of previous offshore leaks, which spurred modest reforms in some parts of the world, such as the BVI, which now keeps a record of the real owners of companies registered there. However, the newly leaked data shows money shifting around offshore destinations, as wealthy clients and their advisers adjust to new realities.

Some clients of Mossack Fonseca, the now defunct law firm at the heart of the 2016 Panama papers disclosures, simply transferred their companies to rival providers such as another global trust and corporate administrator with a major office in London, whose data is in the new trove of leaked files.

Asked why he was migrating the new company, one customer wrote bluntly: “Business decision to exit following the Panama papers.” Another agent said the industry had always “adapted” to external pressure.

Some leaked files appear to show some in the industry seeking to circumvent new privacy regulations. One Swiss lawyer refused to email the names of his high-value customers to a service provider in the BVI, following new legislation. Instead, he sent them by airmail, with strict instructions they should not be processed in any “electronic way”. The identity of another beneficial owner was shared via WhatsApp.

“The purpose of this way to proceed is to enable you to comply with BVI rules,” the lawyer wrote. Referring to Mossack Fonseca, the lawyer added: “You are obliged to keep secrecy for our clients and to not make feasible at all a second ‘Panama papers’ story that happened to one of your competitors.”

Gerard Ryle, the director of the ICIJ, said leading politicians who organised their finances in tax havens had a stake in the status quo, and were likely to be an obstacle to reform of the offshore economy. “When you have world leaders, when you have politicians, when you have public officials, all using the secrecy and all using this world, then I don’t think we’re going to see an end to it.”

He expected the Pandora papers to have a greater impact than previous leaks, not least because they were arriving in the middle of a pandemic that had exacerbated inequalities and forced governments to borrow unprecedented amounts to be shouldered by ordinary taxpayers. “This is the Panama papers on steroids,” Ryle said. “It’s broader, richer and has more detail.”

At least $11.3tn in wealth is held offshore, according to a 2020 study by the Paris-based Organisation for Economic Co-operation and Development (OECD). “This is money that is being lost to treasuries around the world and money that could be used to recover from Covid,” Ryle said. “We’re losing out because some people are gaining. It’s as simple as that. It’s a very simple transaction that’s going on here.”