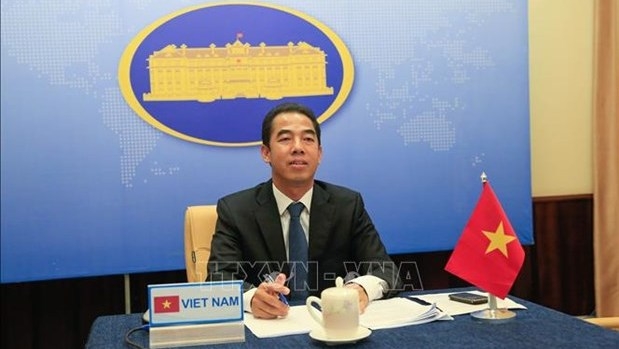 Dung affirmed that Vietnam always attaches importance to consolidating and developing its traditional friendship and multifaceted cooperation with Serbia.

He thanked the Government of Serbia for its donation of 20,000 doses of Sputnik V vaccine to Vietnam and suggested Serbia consider transferring vaccine production technology to and providing medical equipment for the Southeast Asian country.

For his part, Maric welcomed the results of the phone talks in August between Vietnamese Minister of Foreign Affairs Bui Thanh Son and his Serbian counterpart Nikola Selakovic.

The diplomat affirmed that the Serbian Government highly appreciated Vietnam’s achievements in economic development and international integration as well as its efforts in COVID-19 prevention and control. He highlighted Serbia’s desire to further promote multi-faceted cooperation with Vietnam, especially in the fields of politics-diplomacy, economy-trade, and investment.

The officials agreed to increase exchanges and regular meetings between high-ranking leaders of the two countries, and closely coordinate in organising activities to celebrate the 65th founding anniversary of diplomatic relations in 2022.

They reviewed the focuses and orientations of economic-trade cooperation for the next period in the areas where Serbia has demand and Vietnam has advantages. The two sides agreed to boost bilateral collaboration in agriculture, defence, and labour in the time to come.

They also held that Vietnam and Serbia should continue to coordinate together at international organisations and forums, especially within the framework of the United Nations.

Regarding the East Sea/South China Sea issue, the two sides emphasised the importance of ensuring safety, security, and freedom of navigation and overflight in the region as well as settlement of disputes via peaceful means on the basis of international law, including the 1982 United Nations Convention on the Law of the Sea.