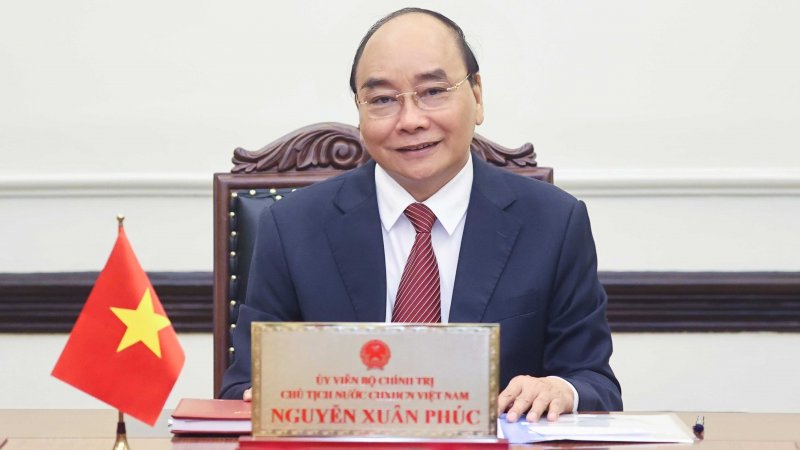 Phuc said that Vietnam always treasures the traditional friendship and comprehensive strategic partnership with Russia and hopes to strengthen cooperation between the two countries in all fields, for the mutual benefit of the two nations.

The two leaders agreed to take measures to further facilitate bilateral trade and investment, expand cooperation and accelerate the implementation of important projects in key fields such as energy, oil and gas, as well as national defence and security in the post-pandemic period.

The Vietnamese President thanked Russia and hoped to continue receiving its support in vaccines, treatment drugs and medical supplies to fight the pandemic. He also wanted Russia to give Vietnam priority in accessing vaccines and speed up the transfer of vaccine production technology to Vietnam.

The Russian President agreed to keep up the assistance and cooperate closely with Vietnam in this field.

The two leaders committed to closely and effectively coordinating at regional forums, and agreed on the settlement of disputes in the East Sea/South China Sea by peaceful means, based on respect for international law, including the 1982 United Nations Convention on the Law of the Sea (UNCLOS).

The Vietnamese President affirmed that Vietnam always welcomes and is ready to act as a bridge for Russia to expand cooperation with the ASEAN and the Asia-Pacific region. He asked Russia to continue to pay attention to support and create favourable conditions for the Vietnamese community who are living, working, and studying there.