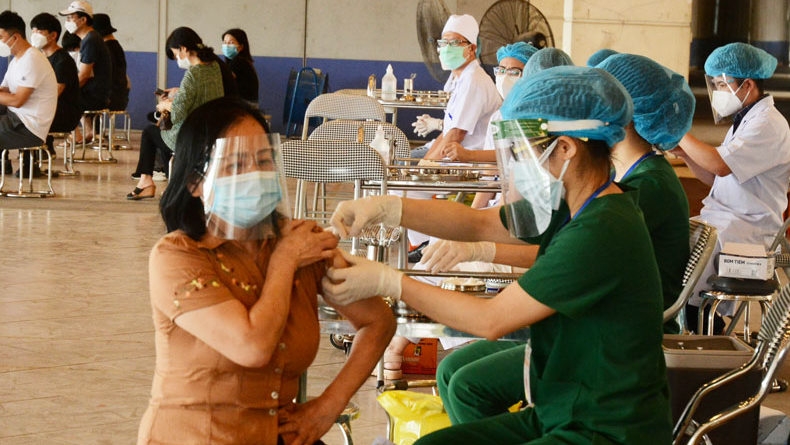 A foreigner is Hanoi is vaccinated against COVID-19 (Photo: Hanoimoi)

NDO/VNA - Hanoi is organising a COVID-19 vaccination drive for foreigners residing in the city, according to an announcement from the municipal Department of Foreign Affairs.

The vaccination drive, for both first and second vaccine doses, started at 2pm on September 15 at two locations – My Dinh Stadium (Hall B) in Nam Tu Liem district, and Saint Paul Hospital at No.12 Chu Van An street, Ba Dinh district.

Saint Paul Hospital told Vietnam News the vaccines being offered are Oxford/AstraZeneca, and that the hospital is open for vaccination at all hours as per the city's order, but foreign citizens should come during standard office hours (8am-5pm) for best services.

There are English speaking staff at the hospital, it said.

Many embassies of foreign countries, including the UK, the US, and Denmark, have already circulated the notice to their citizens.

Foreign citizens are supposed to bring their IDs or passports, as well as vaccine certificates (for the first dose, if they have received it).