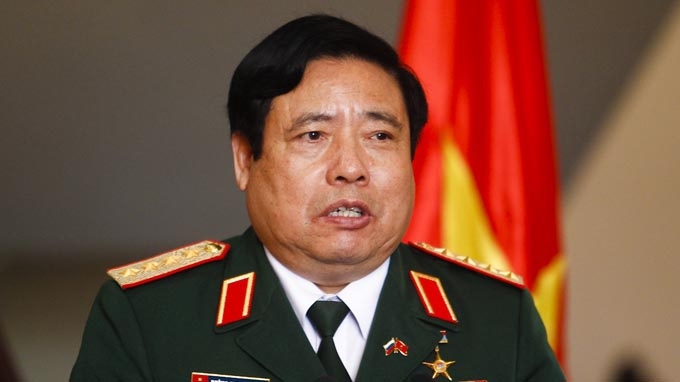 NDO - The Secretariat of the Party Central Committee decided to establish a committee to organise the state-level funeral of General Phung Quang Thanh, former Politburo member, former Vice Secretary of the Central Military Commission and former Minister of National Defence.

The funeral is scheduled at the National Funeral Hall, No.5 Tran Thanh Tong Street, Hanoi on September 15. Accordingly, a ceremony will be held from 7-11:30am to pay tribute to the General; meanwhile, his memorial service will begin at 12:30.

He will be buried in solemn service in Thach Da Commune’s Cemetery, Me Linh District, Hanoi.

General Phung Quang Thanh passed away at 3:45 am on September 11 at his private home in Hanoi following a period of severe illness.

Over 50 years of revolutionary activities, he has made many contributions to the revolutionary cause of the Party and the nation. He was awarded the Ho Chi Minh Order, the title of Hero of People’s Armed Forces, the 50-year Party membership badge and many other noble medals.

Between March 1968 and October 1971, Thanh served as a squad deputy, squad leader, platoon deputy, platoon leader, deputy commander and commander of Company No.9, Battalion No.9, Regiment No.64 under Division No.320.

He joined a training course for battalion cadres at the Army Officer School I from November 1971 to July 1972.

He became the deputy commander and then commander of Battalion No.9 under Regiment No.64 of Division No.320B between August 1972 and July 1974.

From August 1974 to December 1976, he was trained for regiment officers at the Military Academy (now the Army Academy).

From January to November 1977, Thanh was appointed as chief of staff of Regiment No.64 under Division 320B of Army Corps.1, and then studied at the Corps No.1 Cultural Academy from December 1977 to April 1979.

He joined a training course for mechanised infantry regiment commanders in the former Soviet Union (now Russia) from January to October in 1983.

He studied at the Senior Military Academy (now National Defence Academy) from March to August 1986.

Between March and July in 1989, Thanh studied Russian at the Military Technical Academy.

He was trained for general staff at the Voroshilov General Staff Academy from August 1989 to August 1990.

He participated in a short training course at the Senior Military Academy (now National Defence Academy) from September 1990 to January 1991.

From February to August 1991, he was in charge of the Chief of Staff of the Corps No1.

During the period from February 1994 to August 1997, he served as a deputy chief and then chief of Operation Department of the General Staff of the Vietnam People's Army.

From September 1997 to January 1998, he was sent to the Military Political Academy for the higher political theory.

At the ninth National Party Congress in April 2001, Thanh was elected to the Party Central Committee (PCC).

From June 2001 to May 2006, he served as a member of the PCC, Standing Member of the Central Military Commission, Chief of the General Staff of the Vietnam People's Army, Deputy Minister of National Defence.

At the 10th National Party Congress in April 2006, the comrade was re-elected to the PCC, elected to the Political Bureau and appointed as Deputy Secretary of the Central Military Commission. He became Defense Minister in June 2006.

At the 11th National Party Congress in January 2011, Thanh was re-elected to the PCC and the Political Bureau; and continued to hold the positions of Deputy Secretary of the Central Military Commission and Defense Minister until April 2016.

In October 2016, he retired according to the regime.