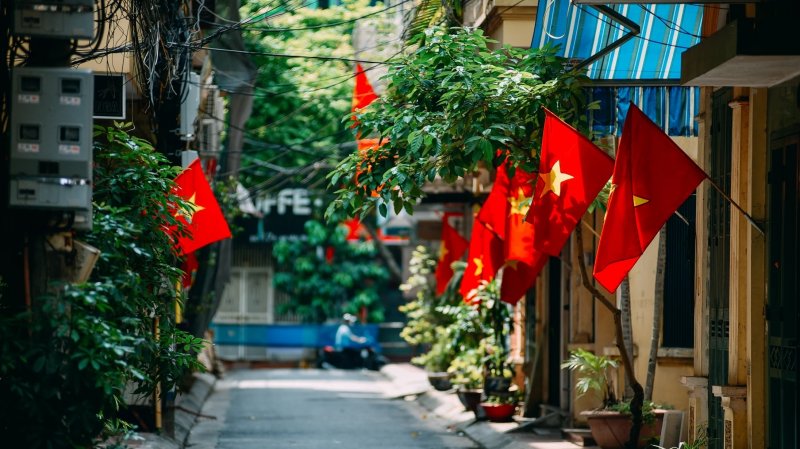 NDO - Leaders of countries around the world have sent their congratulatory letters and messages to Vietnam on the 76th anniversary of Vietnam’s National Day (September 2, 1945-2021).

In his congratulatory message to President Nguyen Xuan Phuc, Indian President Shri Ram Nath Kovind spoke highly of the time-honoured relationship between the two countries and expressed India’s desire to further strengthen the bond with Vietnam, especially as the two countries are celebrating the 50th anniversary of diplomatic ties in 2022.

The Indian President also noted that with the tradition of mutual support, Vietnam and India have worked closely together and helped each other during the COVID-19 pandemic, believing firmly that the two countries will overcome this challenge together.

In their congratulatory messages to Vietnamese leaders, President Moon Jae In and National Assembly Speaker Park Byeong Seug of the Republic of Korea expressed their belief that the bilateral relationship will continue to thrive and people-to-people exchanges will be deepened towards the 30th anniversary of diplomatic ties in 2022.

In his congratulatory message to President Nguyen Xuan Phuc and the Vietnamese people, US President Joe Biden proudly stated that the two countries have made significant strides in building a partnership for peace, prosperity and security in the region while affirming that the US will stand by Vietnam in the fight against the COVID-19 pandemic.

In his congratulatory letter to President Nguyen Xuan Phuc, Australia’s Governor General David Hurley affirmed that Australia will continue to support Vietnam in accessing COVID-19 vaccines and expressed his belief that the strategic partnership between the two countries will continue to thrive in the future.

In his congratulatory message to President Nguyen Xuan Phuc, Italian President Sergio Mattarella expressed solidarity with Vietnam and wished Vietnam would soon overcome the pandemic. He also affirmed the two countries will continue cooperating in a more effective and extensive manner on the basis of the Vietnam-Italy strategic partnership.

In her congratulatory letter to President Nguyen Xuan Phuc, Canadian Governor General Mary Simon spoke highly of the cooperation and friendship between the two countries, expressing her desire to promote the comprehensive partnership towards the 50th anniversary of diplomatic ties in 2023 and affirming Canada’s solidarity with Vietnam in responding to the COVID-19 pandemic.