The diplomatic sector has made great contributions to the cause of national defense, construction, and development throughout the country’s history over the past more than seven decades. 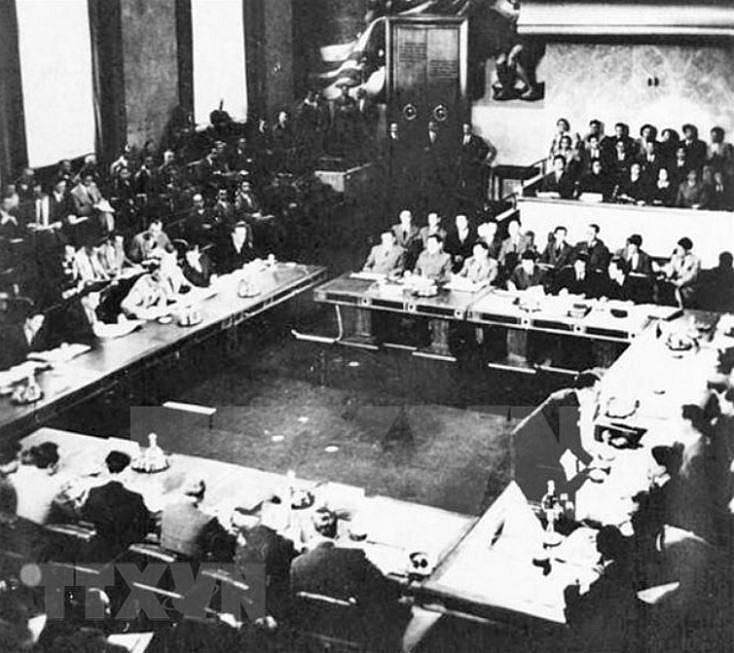 Minister of Foreign Affairs Bui Thanh Son wrote this in an article on the occasion of the ministry's 76th founding anniversary (August 28, 1945-2021).

Right after its foundation in the context that the country was facing enemies from both inside and outside, the sector focused on protecting the young revolutionary administration and prolonging the valuable peaceful period for the preparation of forces for a long-term resistance period.

Upholding the principle of peace, national independence, and socialism, the sector became a strategic front in the two resistance wars, mobilizing the support from socialist countries and peace-lovers in the world for the just struggle for national freedom, according to Son.

In close coordination with political and military struggles, the diplomatic sector gained important successes at the negotiations in Geneva in 1954 and Paris in 1973, opening up great opportunities for the nation to head to the reunification day, the minister wrote.

During the post-war period with numerous difficulties and challenges, the Vietnamese diplomatic sector optimized the support and help from socialist countries and international friends to the cause of national reconstruction, development, and defense.

Diplomacy became a tool to clear the way for the country to generally remove blockage and embargo and set up relationships with neighboring countries, world powers, and many partners, opening up a new context for external relations to effectively serve the country’s comprehensive reform process, Son affirmed.

Regarding the sector’s contributions to the country’s “Doi Moi” (Renewal) and international integration, Son underlined that with an external policy of independence, self-reliance, peace, cooperation, development, multilateralisation and diversification, and active and proactive international integration for the interests of the nation, the sector has taken the lead in constructing peace, protecting the Fatherland and attracting resources for the country’s development, and improving Vietnam's position.

So far, Vietnam has established diplomatic ties with 189 countries, including 17 strategic partners and 13 comprehensive partners. The nation also set up economic partnerships with more than 230 economies around the world and signed 15 free trade agreements (FTA), including many new generation deals.

Vietnam has successfully hosted many large-scale international events and completed many international missions such as the role of a non-permanent member of the United Nations Security Council in the 2008-2009 and 2020-2021 tenures, the host of the ASEAN Summits in 1998, 2010 and 2020, the Asia-Europe Meeting Summit in 2004, the Asia-Pacific Economic Cooperation (APEC) Leaders Meetings in 2006 and 2017, the World Economic Forum (WEF) on East Asia in 2010 and the WEF on ASEAN in 2018, and the US-DPRK Summit in 2019, he noted.

Son stressed that since the COVID-19 pandemic broke out and developed complicatedly in the world and inside the country, the diplomatic sector, together with other ministries and sectors, enhanced “medical diplomacy” and "vaccine diplomacy” to optimize the timely and efficient support of the international community in the vaccine, medical supplies, and medicine, thus joining hands with the whole country in controlling the pandemic and boosting socio-economic development at the same time.

These outstanding achievements of the diplomatic sector have significantly contributed to the country's great successes of historical significance over the past 35 years of renewal, proving the sound foreign policy of the Party, the minister concluded.