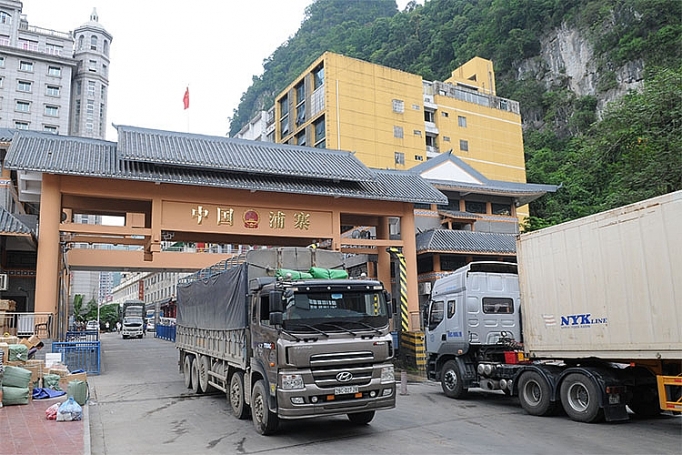 From Thursday, China has suspended all imports and exports at one of its border gates in Guangxi Province with Vietnam’s Lang Son Province as a pandemic prevention measure.

Chinese custom officials temporarily shut down its Lung Vai border gate in Guangxi Province with Coc Nam in Lang Son Province starting 4 p.m. Thursday, according to the Ministry of Industry and Trade.

Reopening of the border gate would depend on the pandemic situation and demand for customs clearance of goods through this area, VNExpress reported.

Related: Here are the risks of Vietnam’s economic outlook you should know

As of Thursday night, there were no containers stuck at Coc Nam border gate. Provincial authorities have notified businesses and traders to stop sending goods to the border, the authorities of Lang Son province said.

In order not to interrupt cross-border trade, the ministry is working with relevant agencies to develop a plan to regulate vehicles moving through Huu Nghi border gate in Lang Son Province or Ta Lung in Cao Bang for export to China. Currently, these border gates are still operating normally.

Earlier this month, China had shut down another border gate with Vietnam’s Lang Son Province to review Covid-19 safety measures, but reopened it several days later.

The data shows, Vietnam is facing the most challenging outbreak triggered by the Delta variant, with over 400,000 infections since the fourth coronavirus wave struck from April 27.

China was second largest export market of Vietnam in the first seven months with a value of $28.7 billion, up 24 percent year-on-year, according to General Statistics Office.

It’s been more than year since an outbreak of a new strain of coronavirus was first reported in Wuhan, China. Declared a pandemic by the World Health Organization in March, 2020, it has now infected more than 200 million people worldwide.