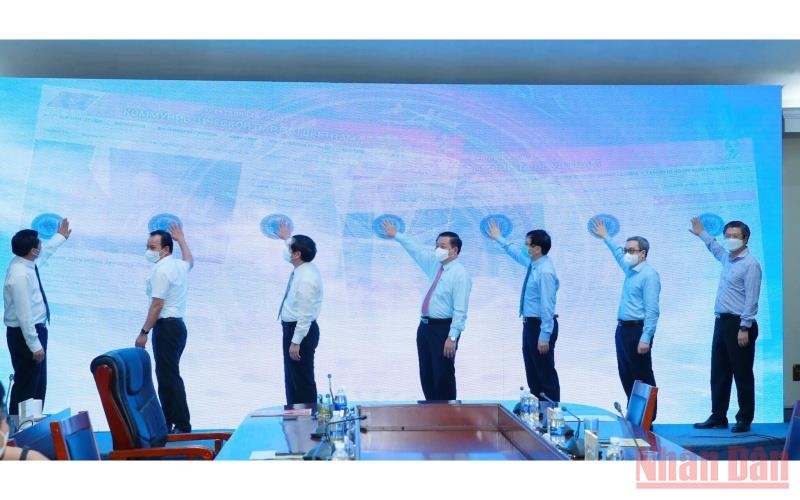 At the launching ceremony

Readers can access these versions at the following addresses: Russian: ru.dangcongsan.vn; and Spanish: es.dangcongsan.vn, vietnamamigo.vn.

Editor-in-Chief of the CPV Online Newspaper Tran Doan Tien introduced the content and design of the pages in the Russian and Spanish languages, adding that they will convey to readers the latest information about Vietnam; guidelines and directions of the Party, and policies and laws of the State; Vietnam's viewpoints and stance on international and regional issues; and the image of the country and people.

Recently, it also launched its App Mobile with a hope to better serve readers’ demand.

Chairman of the Party Central Committee’s Commission for Information and Education Nguyen Trong Nghia highly appreciated the newspaper’s contributions to introducing and promoting the image of the country and people to international friends.

Earlier, the dissemination of information in the Russian and Spanish languages was developed on the “Communist Party of Vietnam - 13th National Congress” webpage from October 2020 and showed significant effects, attracting a large number of visits from international readers.