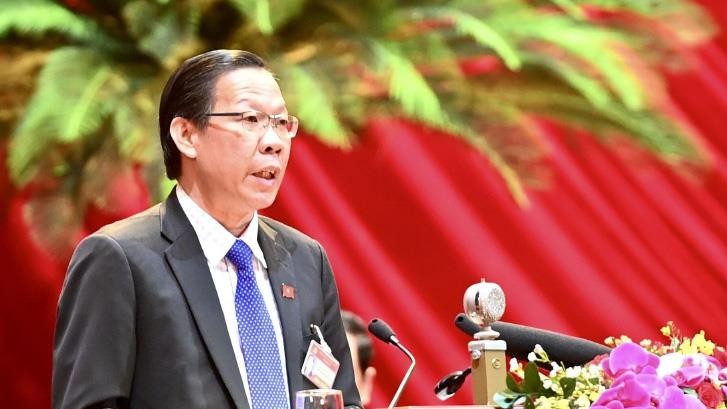 Phan Van Mai, 48, won 87 out of 89 votes cast by the city’s legislature, the People’s Council, at its meeting on Tuesday to become the latest mayor of Vietnam’s Ho Chi Minh city (Saigon).

Phan Van Mai, Deputy Secretary of HCMC’s Party Committee, has been elected as chairman of the city’s People’s Committee. The election was made after all 89 deputies agreed to end the term of his predecessor Nguyen Thanh Phong, who was named deputy head of the Central Economic Commission by the Politburo last Friday.

Mai, a native of the Mekong Delta’s Ben Tre province, holds Bachelor’s degrees in English and economics and a Master’s degree in economic management, according to VNExpress.

The Politburo had assigned Mai, then Ben Tre’s Party chief, as HCMC’s Deputy Party Secretary for the 2020-2025 term on June 1.

Since June 28, he has been deputy head of the city’s Covid-19 prevention and control committee, with Phong working as head of the committee.

Also a Ben Tre native, Phong had served as deputy secretary of the city Party Committee from March 2015. He was voted as People’s Committee chairman for 2016-21 in October 2015, while holding the Party position. He was recently reelected as chairman for the 2021-26 term.

The city has been the epicenter of Vietnam’s fourth wave for almost two months. With more than 180,200 community infections and 6,878 deaths recorded in the wave that emerged four months ago, the city has undergone different levels of social distancing measures since late May and is now imposing the strictest measure ever.

Starting Monday, all residents are required to stay at home for 15 days, with military forces participating in different activities to fight the pandemic, VNExpress reported.