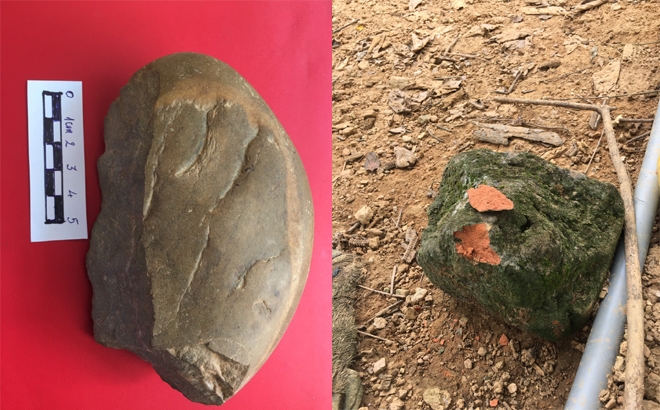 The site, covering about 600 sq.m, was unearthed while a local family was digging the ground to build their breeding farm in the right bank of the Red River.

Items found in the site are diverse, mostly made of river pebbles. They include turtle shell-shaped tools, single-edged and double-edged tools, and horizontal edge cutters that are dated back to about 9,000 to 10,000 years.

The museum plans to zone off the area for further digging and exploration, thus restoring and promoting the values of the site.

Earlier, archaeologists also discovered findings with cultural values of the prehistoric period in Vietnam through an urgent archaeological excavation of Tuan Quan relic site in northern Yen Bai province, which confirms that the site is a particularly rare and precious relic belonging to the ate Stone Age and feudal periods.

An archaeological report in early July 2021 also confirmed that Tuan Quan is an extremely precious relic site in the system of prehistoric archaeological sites in Vietnam, which plays a very important role in the exploration of the origin of Son Vi- Hoa Binh Culture in Vietnam and Southeast Asia.