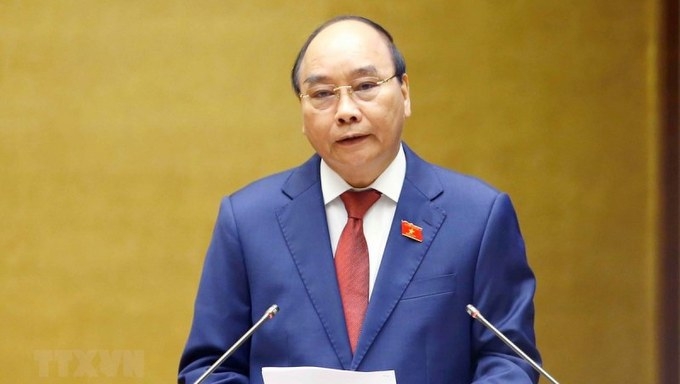 NDO/VNA – ASEAN must show its unity, cohesion and resilience of a Community to conquer all challenges and move forwards, President Nguyen Xuan Phuc said in his welcoming message sent to the 42nd General Assembly of the ASEAN Inter-Parliamentary Assembly (AIPA-42) which was opened on August 23 morning.

The event is hosted via video teleconference by Brunei under the theme “Forging Parliamentary Cooperation in Digital Inclusion Towards ASEAN Community 2025.”

On behalf of the State and people of Vietnam, President Nguyen Xuan Phuc extended greetings to AIPA-42 President and Speaker of the Legislative Council of Brunei Abdul Rahman Taib Pehin Orang Kaya Seri Lela, and speakers and heads of delegations of AIPA member parliaments.

More than ever, ASEAN must show a right vision and its identity of unity, cohesion and resilience of a Community to surmount all challenges and move forwards, President Phuc said, adding that every step forwards the ASEAN Community is taking could not be possible without the important role of legislative bodies, represented by AIPA and member parliaments.

He also highly spoke of this year’s theme, saying Vietnam is committed to continue engaging actively and responsibly in multilateral cooperation frameworks, in both lawmaking and law enforcement.

The president expressed his confidence that the AIPA-42 will be a success.

Chairman of the Vietnamese National Assembly Vuong Dinh Hue is scheduled to deliver a remark during the plenary session on the afternoon.