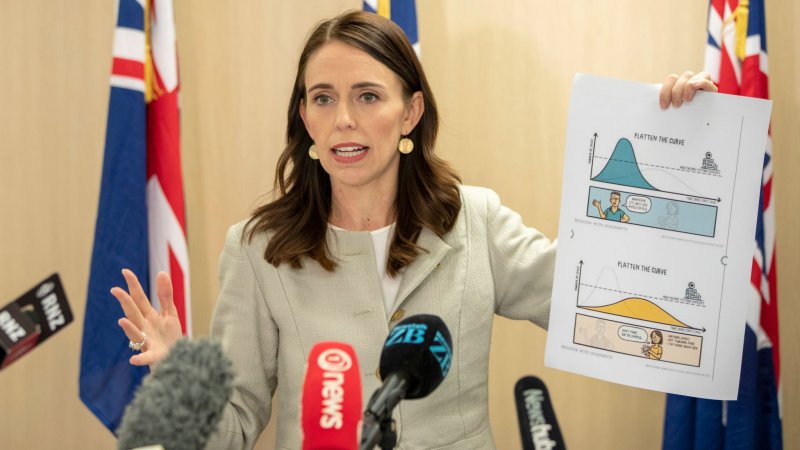 The country of five million people went into a nationwide lockdown late Tuesday night, hours after confirming a Covid-19 case, and on Wednesday, New Zealand authorities announced they had confirmed another six positive cases all linked to the first case. One of the new cases worked at a hospital in Auckland.

The outbreak marks the first time New Zealand has confirmed the presence of the contagious Delta variant in the community. Earlier this month, the World Health Organization said more than 142 countries had reported cases of the Delta variant.

New Zealand’s Director-General of Health Ashley Bloomfield warned Wednesday the country could see between 50 and 120 more cases based on modeling that took into account the Delta variant.

“Our job now is to find any and every case,” he said.

Authorities are still determining how Delta got into the community. For months, life in New Zealand has been largely back to normal. The country shut borders to almost all foreigners last year, and required most incoming travelers to go through state-run quarantine.

That kept the Delta variant at bay for months, even as it took hold in neighboring Australia and around the region. In total, New Zealand has confirmed less than 3,000 Covid cases and 26 deaths.

“Our case has originated in Australia,” Ardern said. “And now the job we have is to work through how and when it got here.”

New Zealand — like neighboring Australia — has been slow to vaccinate. Less than 20% of the population are fully vaccinated, according to data collated by CNN.

Ardern said New Zealand only needed to look at Australia’s New South Wales state — which is home to the country’s most populous city Sydney — to see what could happen. New South Wales confirmed a record 634 new Covid-19 cases on Wednesday despite weeks of lockdown.

The state has recorded more than 9,200 local cases since June 16, when the Delta outbreak began with one case.

“What the data is telling us in the last few days is that we haven’t seen the worst of it,” New South Wales Premier Gladys Berejiklian warned Wednesday.

New Zealand will be under the strictest level lockdown for three days starting from 11:59 p.m. Tuesday, local time. Under level four lockdown, everyone must stay home and businesses are closed aside from essential services such as supermarkets and pharmacies. Auckland and the Coromandel region are facing a seven-day lockdown, according to CNN.