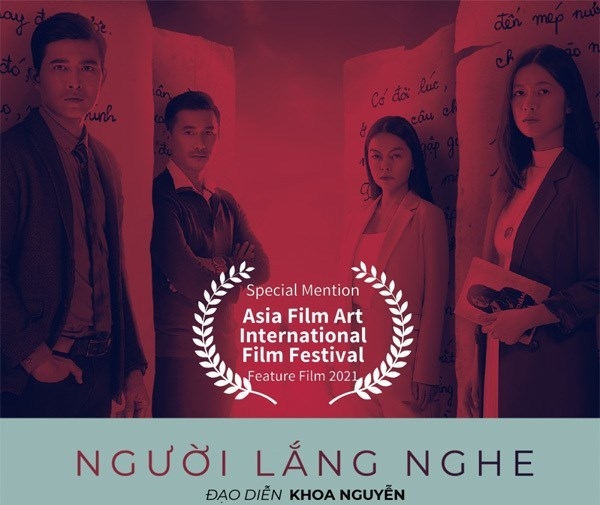 The Vietnamese film was directed by Khoa Nguyen, with filming initially starting back in July 2020. Although the movie was originally planned to debut in March of this year, it was later postponed due to the impact of the COVID-19 pandemic and has so far not yet been screened in any local cinemas.

The plot of the film revolves around the main character An Nhien, played by Oanh Kieu, who is a young writer. After reading a novel called "Listener", she is repeatedly attacked by a "ghost", causing her mental anguish. The character later overcame her obsession by drawing strange shapes, thereby gradually revealing her hidden past.

Earlier this month, the movie won three awards at Asia Film Art International Film Festival (AFAIFF), including for Best Actress, while two extra prizes (Special Mentions) were given to the film and actor Quang Su.

The movie was also crowned best feature film with a budget under US$250,000 at the International New York Film Festival 2021.