General Secretary Nguyen Phu Trong attended an online national conference to launch the action plans of the Vietnam Fatherland Front (VFF) and member organisations to implement the Resolution of the 13th National Party Congress, which opened on August 16. 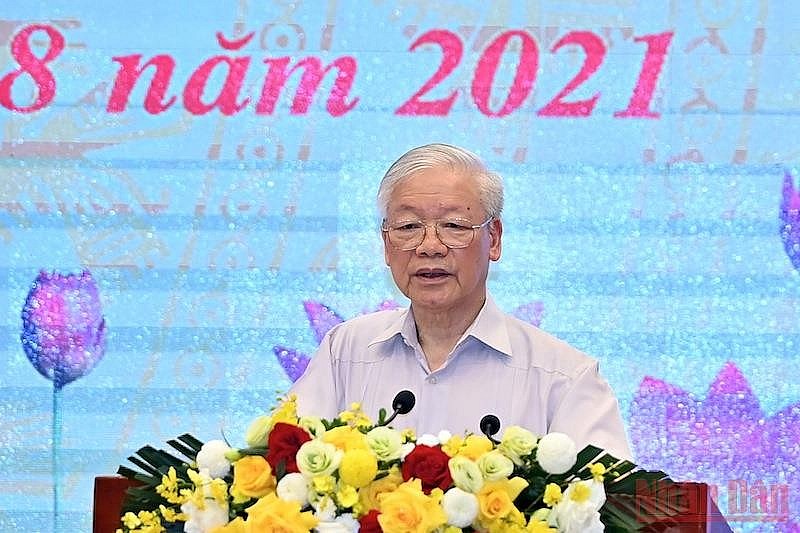 The conference aims to disseminate and ensure the unity and synchronicity in the implementation of the action plans of the VFF and member organisation to successfully realise the 13th National Party Congress's Resolution. 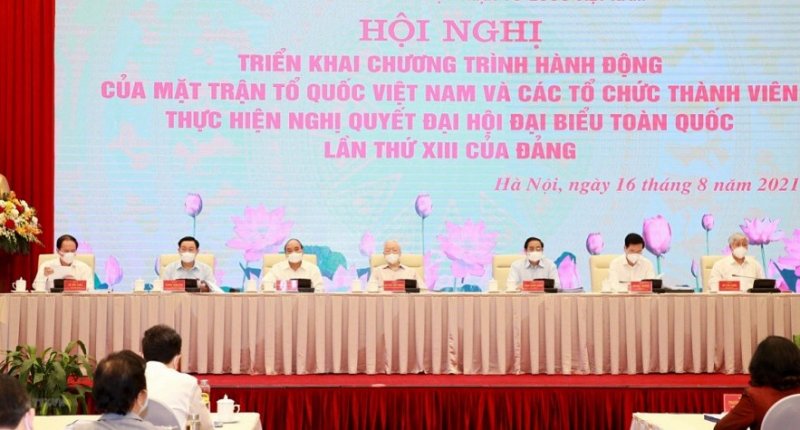 The national conference to launch the action plans of the Vietnam Fatherland Front (Photo: VNA)

Addressing the opening ceremony, Secretary of the Party Central Committee and President of the VFF Central Committee Do Van Chien said that VFF and its member organisations have built their own plans with detail tasks and targets to realise the Resolution.

He said that the conference hopes to gather opinions from people from all walks of life to bring the Resolution into life in a practical and effective manner.

Chien expressed his hope that participants will show a high sense of responsibility and contribute specific ideas in the work.