The donations included VND10 billion (US$440,000) from the CEO Group for the national COVID-19 vaccine fund, and US$50,000 from the Cambodia-Vietnam Friendship Association and VND882 million (nearly US$39,000) from the General Department of Taxation for the COVID-19 fight.

Speaking at the event on Friday, Chau thanked the three units for their donations, affirming that the money will be allocated in a public, transparent and lawful manner, contributing to promptly lifting the country out of its current period of difficulty. 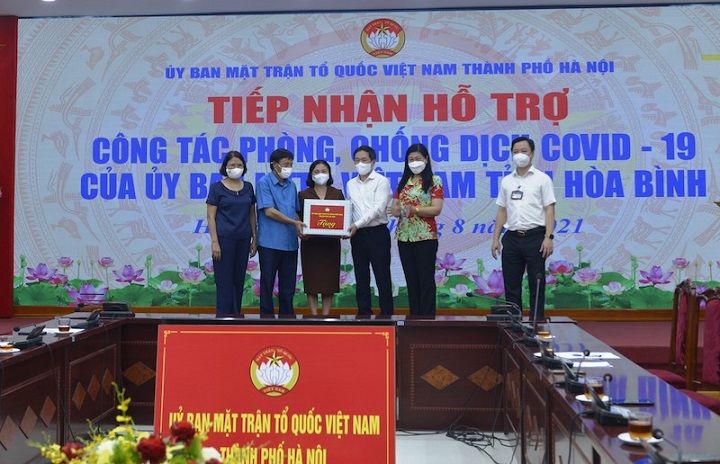 The VFF Committee of Hoa Binh Province hands over 70 tonnes of goods to support Hanoi's COVID-19 prevention and control efforts.

Vice Chairman of the Quang Tri Provincial People’s Committee Hoang Nam said that from August 13, the province began to disburse a projected amount of VND15 billion (US$660,000) to support around 15,000 Quang Tri workers in southern cities and provinces facing difficulties due to the impact of the pandemic, with VND1 million for each.

The central coastal city of Da Nang has completed the payment of more than VND29 billion in allowances for 53,593 revolutionary contributors, beneficiaries of social protection policies, poor and near-poor people in the city affected by COVID-19.