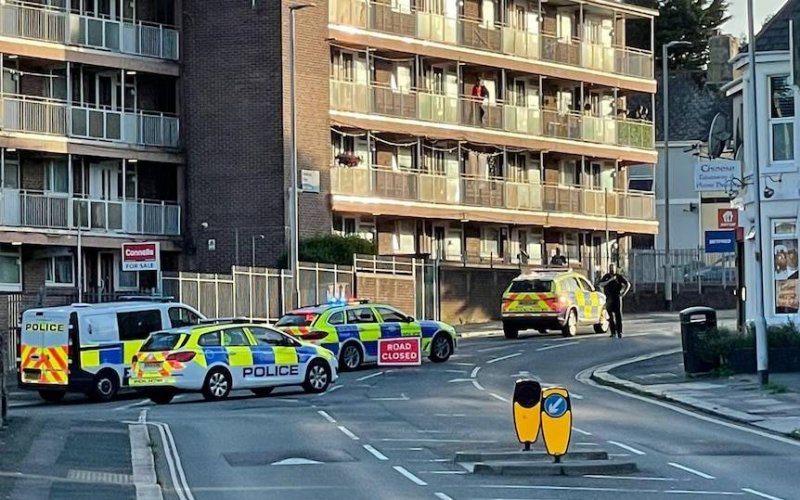 Six people, including a child, were killed in a mass shooting in the city of Plymouth in southwest England on Thursday evening, in an incident described by the British Home Secretary as “shocking”, Reuters reported.

Two females and three males, including the suspect, died from gunshot wounds at the scene of the incident, the Devon and Cornwall Police said in a statement. Another female died a short time later in hospital, the police added.

One of the people killed was a child under 10 years old, Luke Pollard, a local lawmaker from the opposition Labour Party, said in a tweet.

Police had earlier described the shooting as a “serious firearms incident” and said the situation was contained. The police added that the incident was not related to terrorism.

I am aware of a serious and tragic incident unfolding in Plymouth. Please obey all instructions from the Police and do not post rumour or speculation on social media. I will post news when I have it.

According to Reuters, the United Kingdom has one of the lowest gun homicide rates in the world, and mass shootings are rare. This was the first mass shooting in the country for 11 years.

Sharron Turner, 57, who lives behind the scene of the shooting, was quoted by The Times newspaper as saying that a gunman had “kicked in” the front door of a semi-detached house before shooting a mother and her daughter. Turner said she had been told that the man, who was dressed in black and grey, was armed with a semi-automatic weapon.

After the attack, the gunman escaped through a park behind the house and shot two dog walkers, The Times reported.

“The incident in Plymouth is shocking and my thoughts are with those affected,” Home Secretary Priti Patel said on Twitter.

Devon and Cornwall Police said they were called to the Keyham area of the city at 6.10 p.m. on Thursday.

“Investigations are continuing into the incident and disruption to the road network in the Keyham area will remain throughout the night,” the police said.

The South Western Ambulance Service earlier said it had responded to the incident with a significant number of resources, including Hazardous Area Response Teams (HART), multiple ambulances, air ambulances, multiple doctors and senior paramedics, according to Reuters.