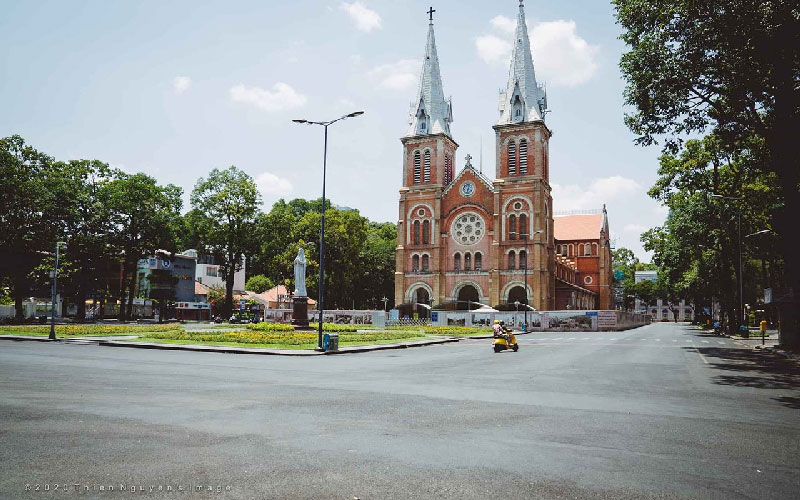 According to the latest report from Health Ministry today morning, 4,639 of the newly-confirmed patients are locally-transmitted cases most of whom were detected in quarantine sites or areas under lockdown in some localities such as Ho Chi Minh City (2,318 cases), Binh Duong (911), Dong Nai (425), Long An (354), Tien Giang (212), and Khanh Hoa (130). Among these new infections, 1,256 cases were found in the community. There were three imported patients recorded.

Ho Chi Minh City continued to report the highest number of new infections in the country. On Wednesday, the city also recorded 3,416 new patients, the majority of which are individuals who came into contact with confirmed Covid-19 patients or who were detected in either isolation and locked down areas. Social distancing rules are being further tightened in the city to contain the spread of the virus, according to Dan Tri Newspaper.

As of Thursday morning, 237,589 locally-transmitted cases have been reported since the new outbreak occurred in the country on April 27, including 135,485 in the virus hotspot of Ho Chi Minh City. The outbreak has so far spread to 62 cities and provinces nationwide, the data showed.

With these new infection cases, the number of Covid-19 patients in Vietnam has increased to 241,543 including 239,159 locally-transmitted cases.

On August 11, a total of 4,806 more patients were released from hospital following their full recovery, raising the number of recoveries in the country to 85,154.

Also on Wednesday evening, a further 342 deaths related to Covid-19 were announced, bringing the total number of fatalities in Vietnam to 4,487.

The country has so far conducted over 12.10 million Covid-19 vaccine shots, with over one million people having received two doses.

The Ministry of Health has just allowed Ho Chi Minh City to use the batch of one million doses of Sinopharm’s Covid-19 vaccine Vero Cell for its current vaccination campaign. The city aims to vaccinate 70 percent of its residents aged 18 and above within this month.