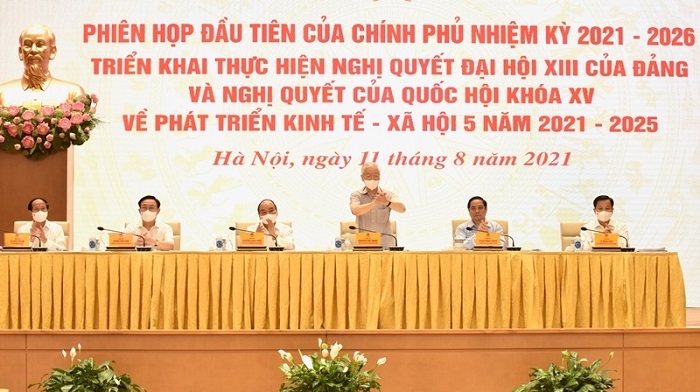 NDO/VNA – The 15th Government for the 2021 – 2026 tenure convened its first meeting on August 11 under the chair of Prime Minister Pham Minh Chinh.

In his opening speech, PM Chinh said the meeting is important, aiming to reach agreement on key issues related to the implementation with determination to build a Government of innovation, integrity, action, and efficiency, serving the people.

The meeting heard Government leaders briefing on 13 groups of central tasks and solutions of the 15th Government in implementing the above-said resolutions.

The groups consist of more than 400 specific programmes and missions.

Party General Secretary Nguyen Phu Trong is scheduled to delivered a speech that offers guidance and orientations and delegates tasks for the Government during its 2021 – 2026 tenure.