At the talk, the two prime ministers agreed to step up cooperation in priority areas. Vietnamese PM suggested the Czech Government transfer their unused vaccines to Vietnam. 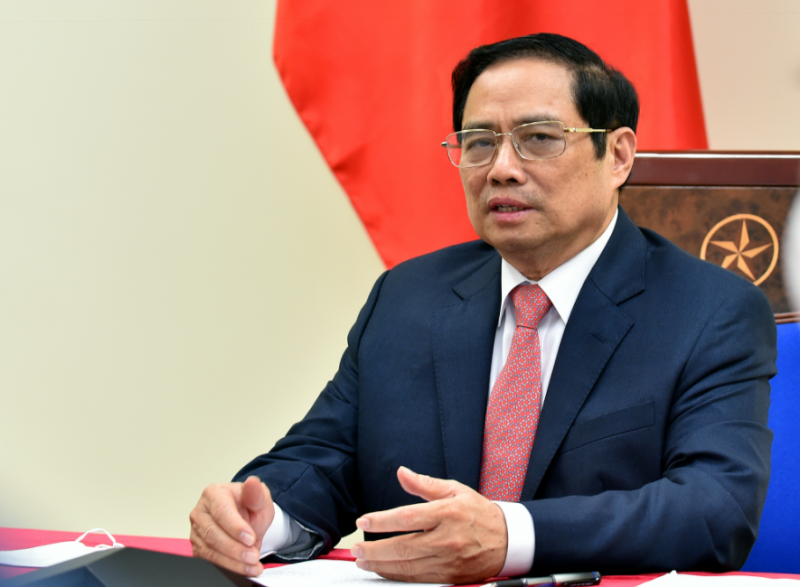 During the talk, Chinh suggested the Czech Government transfer their unused vaccines to Vietnam, help it access other sources of vaccines as many as and as soon as possible, and aid the Southeast Asian nation with medical supplies. In reply, Babis said the Czech Republic stands ready to support and cooperate with Vietnam in this regard, including the transfer of 500,000 vaccine doses and a number of rapid test kits, according to VNA.

The pledge comes after the Czech Republic recently committed to donating 250,000 doses. The Czech Republic will also call on other European countries to help Vietnam with Covid-19 vaccines like AstraZeneca, Pfizer, Moderna, and Sinopharm that are being used in the region said its prime minister.

The Vietnamese prime minister said that donation demonstrates the precious support that illustrates the solid friendship between the two countries over the last 70 years. He asked his counterpart to also consider giving Vietnam any surplus vaccines they may have in the future, according to Vietnam News. The two also discussed different areas of the multifaceted collaboration and agreed to maintain diplomatic visits in a flexible manner to adapt to the ever-changing Covid-19 situations. They agreed to step up cooperation in some priority areas like the auto industry, transportation, education, training, national defense, security, and sending Vietnamese nurses to work in the Czech Republic. They also concurred to further facilitate the export of Vietnamese goods and agricultural products, especially seasonal fruits, to the Czech market and the EU at large. A direct air route between Vietnam and the Czech Republic will be launched when possible, as agreed by the PMs.

The Vietnamese prime minister also thanked the Czech government for its support of Vietnam’s negotiation and signing of the EU–Vietnam Free Trade Agreement (EVFTA) and the EU-Vietnam Investment Protection Agreement (EVIPA).

Pham Minh Chinh invited his Czech counterpart to visit Vietnam as soon as possible, and Babis said he hopes the trip can take place this year.

At the talk, the two prime ministers agreed to step up cooperation in such priority areas like transport, education and training, defense security among others while facilitating the launch of a direct air route between the two countries.

They expressed their pleasure at the close and effective ties between the two countries at multilateral forums and vowed to continue tightening multilateral collaboration.

Regarding regional and international issues of shared concerns, both sides underlined the importance of ensuring security, safety, and freedom of navigation in and overflight above the Bien Dong Sea (South China Sea) and settling disputes through peaceful measures on the basis of international law, including the 1982 UN Convention on the Law of the Sea, according to VGP.