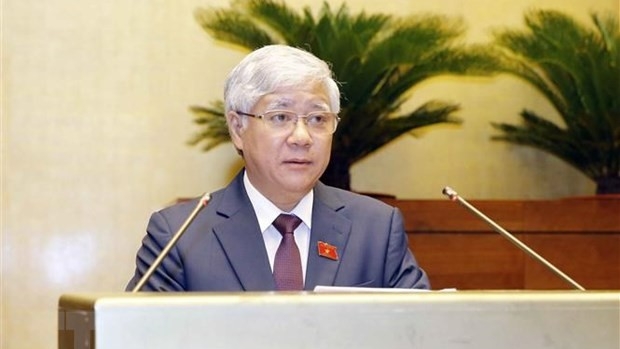 At the meeting, both sides expressed their joy at the positive developments of the relationship between Vietnam and Laos, especially the political relations, which have been further consolidated after the two countries successfully held their National Party Congresses and elected new leaderships.

Chien and Sinlavong affirmed that the relationship between the VFF and the Lao Front for National Construction (LFNC) has developed fruitfully over the past time, with the signing of a Memorandum of Understanding between the Cambodian, Lao and Vietnamese Front organisations on the cooperation programme for the 2020-2023 period.

Chien said that the two sides will hold an online conference in mid-September to exchange experience in Front work and discuss specific cooperation contents for the coming years.

The VFF Central Committee will propose a grand programme to celebrate the 60th anniversary of diplomatic relations between Vietnam and Laos and the 45th anniversary of the signing of the Vietnam-Laos Treaty of Friendship and Cooperation in 2022 under the direction of President Nguyen Xuan Phuc, he added.

According to the Vietnamese official, in the coming time, the VFF and LFNC Central Committees will continue to promote their cooperation in order to jointly foster and develop the friendship between the two countries.