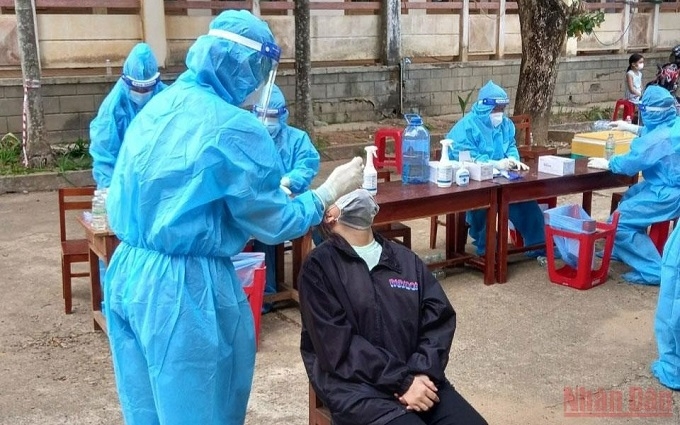 The MoH also announced a further 360 people have died of complications related to coronavirus SARS-CoV-2.

The majority of those new infections were found inside areas currently locked down by the authorities.

Ho Chi Minh City is still the area most affected by new cases with 3,991 discovered on August 9.

Of the new fatalities, the most were in Ho Chi Minh City where 269 people lost their lives.

From the rest of the deaths, 39 were in Tien Giang, 38 in Dong Nai, three in Long An, while Can Tho City, Binh Dinh, Dong Thap, Vinh Long each had two, and one each in Hanoi, Khanh Hoa and Tay Ninh.

The same day, 4,423 patients were given the all-clear, bringing the total number of recoveries to 75,920.

Among the patients being treated, 509 are in intensive care units while 23 others are in a critical condition.

Also noted by the authorities was that now more than 9.4 million people have been given at least one vaccine shot with 945,806 of those fully inoculated.