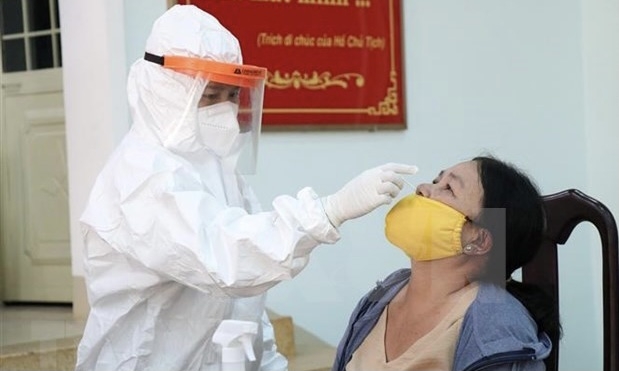 NDO/VNA – Vietnam reported 3,794 domestically transmitted COVID-19 cases in the past nearly 12 hours to 6am on August 7, according to the Ministry of Health.

Of the total, 933 cases were detected in the community.

Only two out of 63 cities and provinces nationwide have gone through two weeks without new infections, namely Quang Ninh and Bac Kan.

The total number of recoveries stands at 62,332 while the death toll hits 3,016. As many as 518 patients are in Intensive Care Units and 18 are treated with ECMO support.

More than 8.52 million people have been given COVID-19 vaccines, with more than 7.66 million having the first jab and over 863,000 having been given the full two doses.