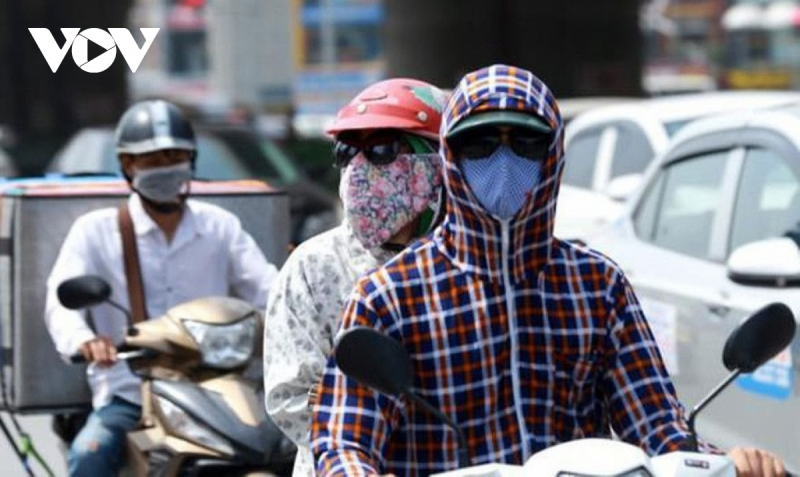 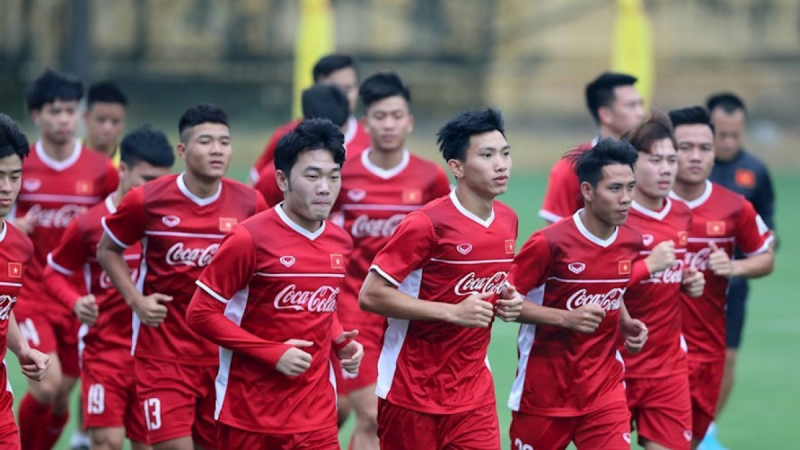 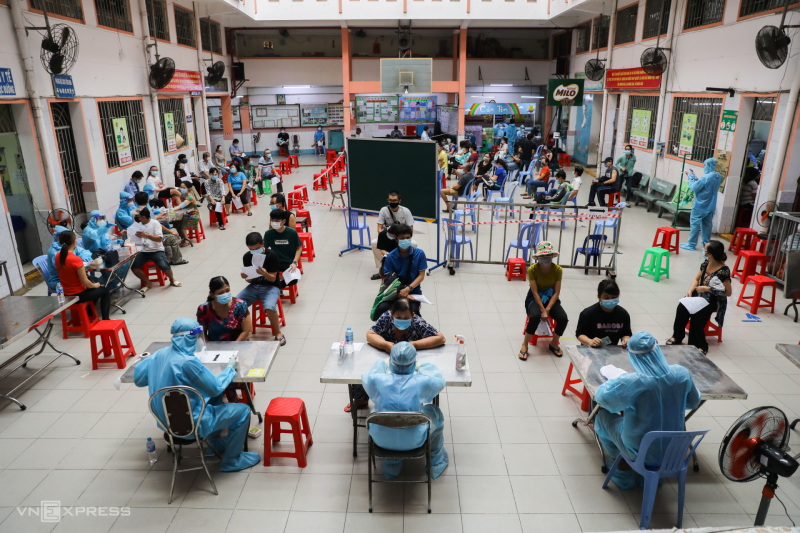 Textile and garment sector earns huge profits in first half

Vietnam, US co-ordinate ahead of Vice President Harris’s upcoming visit 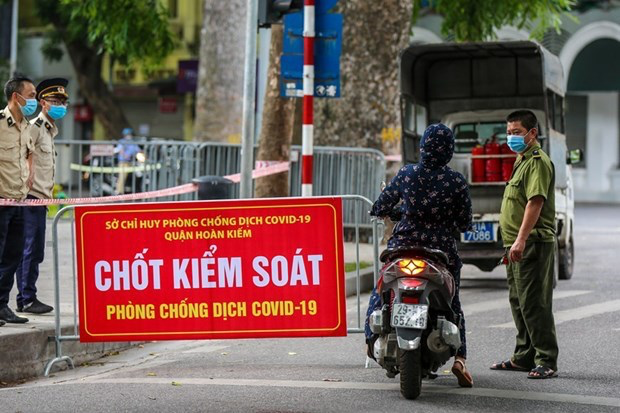 Hanoi will extend the ongoing Covid-19 social distancing order until 6 a.m. on August 23.

According to Dispatch No.18, signed by Chairman of the municipal People’s Committee Chu Ngọc Anh, after 14 days of stringent restrictions in line with the Government’s Directive 16 that began at 6am on July 24 and set to expire at 6 a.m. on August 7, the city has attained “certain results”.

However, the outbreak in the city as well as across the country remains “unpredictable and complicated,” with many infections found in the community without clear sources and numerous cases displaying no symptoms, Anh said.

The capital city has logged 1,800 cases in the fourth wave of infections starting in late April, half of which were found during the social distancing period with about 60-70 cases new cases registered each day, cited VNA.

During a press briefing held the same day, a health official said the health sector will take advantage of the social distancing period to ‘filter’ out all hidden Covid-19 cases in the community.

Under the social distancing order, non-essential businesses continue to remain closed, people are not allowed to go outside except for essential purposes like buying food or medical emergencies. Public transport also remains halted.

The dispatch noted that many members of the public, organisations and companies have not strictly abided by the social distancing rules and that crowding still occurred from time to time in markets and on the streets. The presence of the highly-transmissible Delta variant threatens to shatter the city’s Covid-19 prevention and control efforts, he said.

The city leader asked for absolute compliance with the social distancing order, separating household from household and individual from individual.

Companies, businesses and agencies in the city should continue to arrange for their employees to work from home and only go to work in truly necessary cases such as members of the armed forces or people handling confidential documents and all under the monitoring of the company and/or local authorities.

Nanogen Pharmaceutical Biotechnology JSC, the developer of Nano Covax,has submitted another request to the Ministry of Health for an early approval of its vaccine Nano Covax for emergency use after the vaccine initially proves to be 90% effective against symptomatic Covid-19 virus.

A group of scientists at the Ho Chi Minh city Pasteur Institute conducted a reseach project to evaluate the efficacy of Nano Covax based on its immunogenicity.

The scientists took blood of vaccinated volunteers, diluted and mixed it with the live SARS-CoV-02 virus through plaque reduction neutralisation tests (PRNT) in the laboratory.

Comparing with serum samples of a group of recovered Covid-19 patients, they found the neutralizing antibody titer of Nano Covax was twice as much as that of the recovered group, equivalent to a 90% efficacy in preventing symptomatic Covid-19 virus, according to VOV. 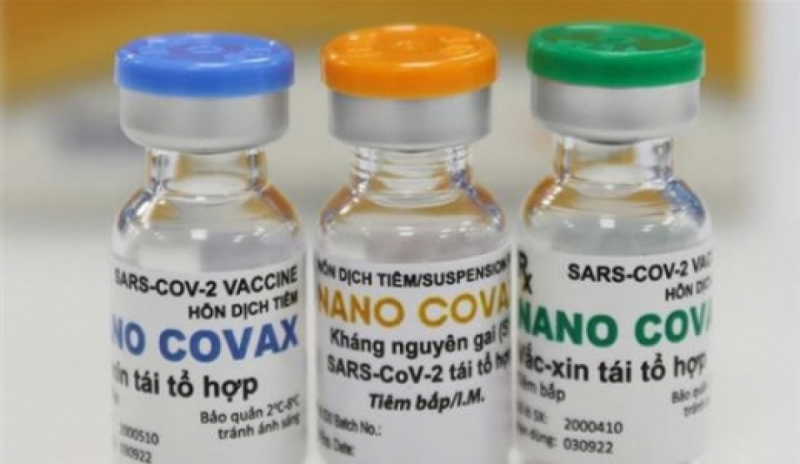 Made-in-Vietnam Nano Covax proves to be 90% effective against the SARS-CoV-2 virus. Photo: VOV

They also found that three months after receiving the vaccine shots, the specific antibody level of the volunteers is still three times higher than that of the recoveries.

The scientists revealed the initial results of their research on the Wuhan strain of the SARS-CoV-2 virus.

Meanwhile, scientists from the National Institute of Hygiene and Epidemiology are also assessing the efficacy of Nano Covax against the mutated strain of the Delta variant which was first identified in India, and initially found the vaccine is capable of neutralizing this strain.

Deputy Minister of Health Tran Van Thuan said that his ministry will hold an appraisal council meeting and make an official announcement on August 7.

Nano Covax is Vietnam’s first Covid-19 vaccine that is entering the third phase of human clinical trial with the participation of 13,000 volunteers. All the volunteers are set to receive two shots by August 15.

More than a month ago, Nanogen submitted a document to the Ministry of Health, requesting that the ministry consider approving its vaccine for emergency use in Vietnam.

However, ministry officials said they need more time to evaluate the safety and efficacy of the vaccine.

The batch is the seventh of a 30-million dose contract between AstraZeneca and the Vietnam Vaccine JSC (VNVC) with support from the Ministry of Health, according to a press release by AstraZeneca. Previous batches arrived in Ho Chi Minh city in February, May and July.

Around 11.5 million AstraZeneca vaccine doses have arrived in Vietnam, either through contracts, global vaccine access mechanism Covax or foreign aid, accounting for around 62 percent of all doses currently available in the country, the release stated, reported VnExpress. 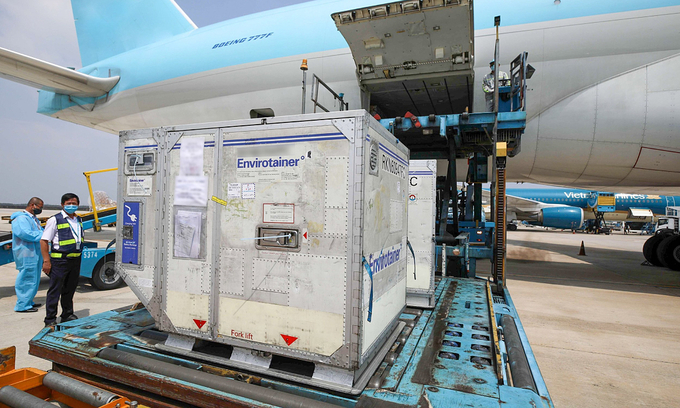 Vietnam has vaccinated over eight million people against Covid-19 so far, with over 820,000 fully immunized.

The country aims to achieve herd immunity by next year through vaccinating 70 percent of its 96 million population.

Vietnam commenced preparations for the final World Cup qualification round in Hanoi on Thursday.

Coach Park Hang-seo called up 31 players, of whom three were absent in the first training session. Viettel FC players Que Ngoc Hai, Nguyen Trong Hoang and Bui Tien Dung have just completed 21-day quarantine after returning from the AFC Champions League group stage in Thailand. They are set to join the team Friday. 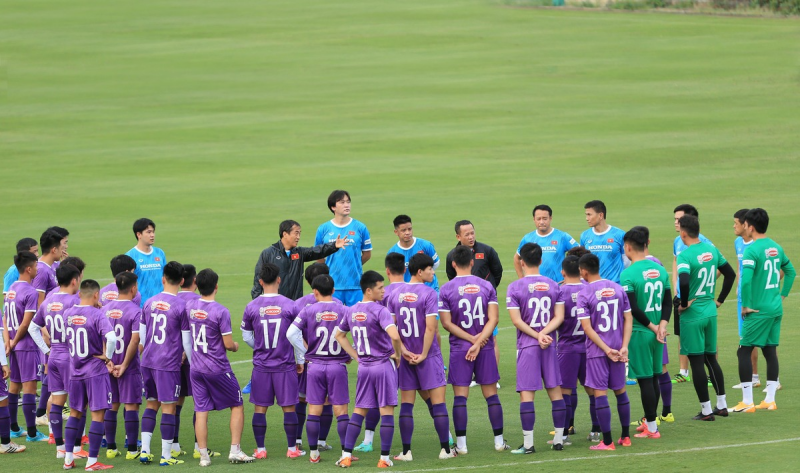 Park is still in quarantine after returning from South Korea, so assistant coach Lee Young-jin will be temporarily in charge of training. Park will return on Aug. 11, VnExpress reported.

All team members are only allowed to stay in their hotel and go to the training ground. They have to follow strict Covid-19 prevention measures. Therefore, players that come to Hanoi from epicenters, like forward Nguyen Tien Linh from the southern Binh Duong Province, didn't have to quarantine before joining the training campaign.

During the training period, all members will get tested for coronavirus regularly.

They have been fully vaccinated against Covid. 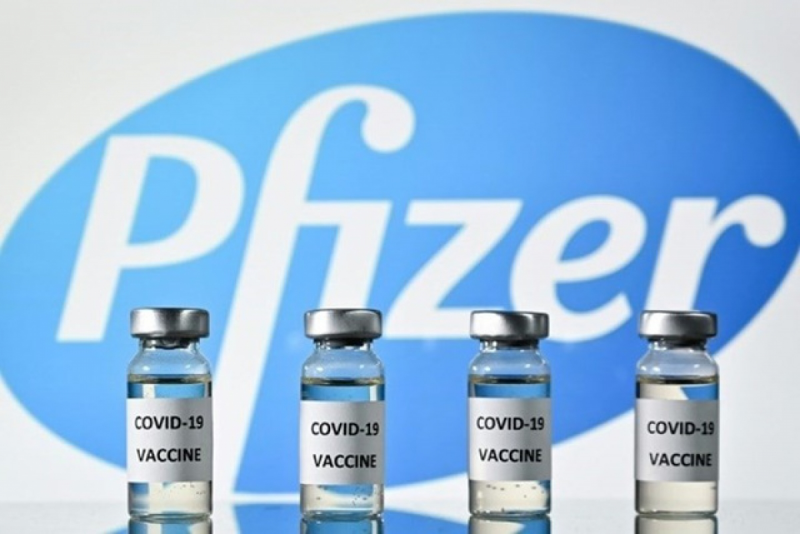 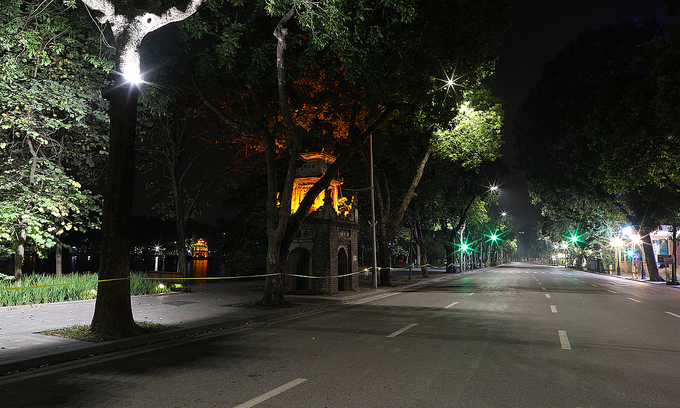 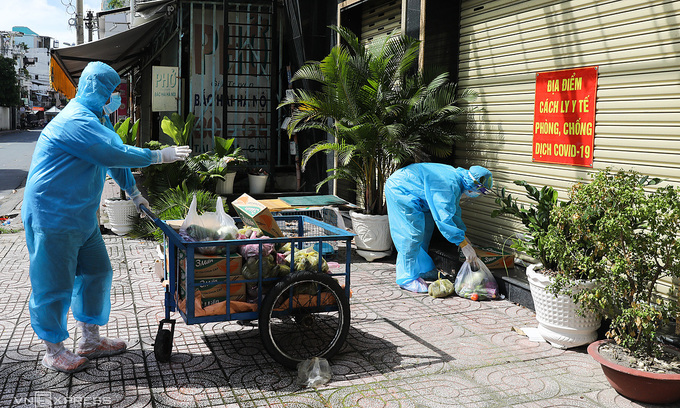