The UK has officially become the 11th Dialogue Partner of ASEAN along with Australia, Canada, China, European Union, India, Japan, Republic of Korea, New Zealand, Russia and the US. 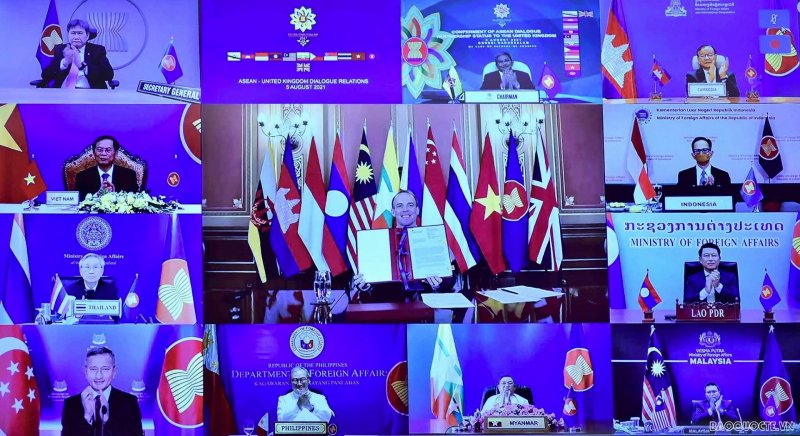 ASEAN is an influential group of ten member countries in the Indo-Pacific. By becoming a Dialogue Partner the UK will formalise its relations with the group - including through attending annual Foreign and Economic Ministers meetings along with other Ministerial engagements. Source: TGVN

The Association of Southeast Asian Nations (ASEAN) on August 5 granted the UK the formal status of Dialogue Partner at a ceremony held by the Ministry of Foreign Affairs of Brunei, which is the current Chair of ASEAN, reported VNA.

Vietnamese Minister of Foreign Affairs Bui Thanh Son attended the event, which was the result of the consultation process inside ASEAN and between ASEAN and the UK since 2020, demonstrating the bloc’s positive and open external relations.

Speaking at the ceremony, the Brunei Minister of Foreign Affairs appreciated the UK’s commitments and potential for cooperation across all aspects of politics-security, economy, and society-culture.

ASEAN expects that with its new status, the UK will use its role and strength to promote substantial development of the ASEAN-UK ties in contribution to peace, security, stability, and prosperity in the region, the diplomat stated.

Joining in a virtual ceremony with ASEAN Foreign Ministers, UK Foreign Secretary Dominic Raab delighted that the UK has formally become a Dialogue Partner of ASEAN bloc – the first new country in 25 years.

Raab affirmed ASEAN and the Southeast Asia have an important position in the UK’s global external relations policy. The UK highly evaluates ASEAN’s centrality in the regional structure, he added.

He listed cooperation priorities between the two sides in the time to come, including economic collaboration, green growth promotion and sustainable infrastructure.

The UK is willing to step up joint work with the bloc in responding to and controlling the Covid-19 pandemic, to supply vaccines for ASEAN, and to help the bloc boost its capacity for preventive medicine, the official said. 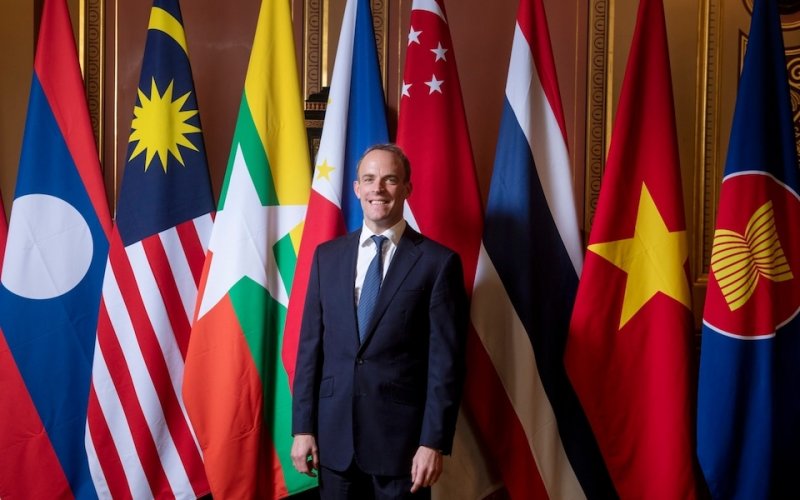 "This is a landmark moment in the UK’s tilt towards the Indo Pacific. Our closer ties with ASEAN will help create green jobs, reinforce our security cooperation, promote tech and science partnerships, and safeguard key pillars of international law like the UN Convention on the Law of the Sea," he highlighted.

Charge d'Affaires Marcus Winsley of the British Embassy in Vietnam said, 'We thank Vietnam for laying the solid foundation stones for this during its effective Chairmanship of ASEAN in 2020 and for having continued to offer its collaborative support for the UK’s application under the Brunei Chair. We look forward to an even stronger partnership with Vietnam and ASEAN as a result."