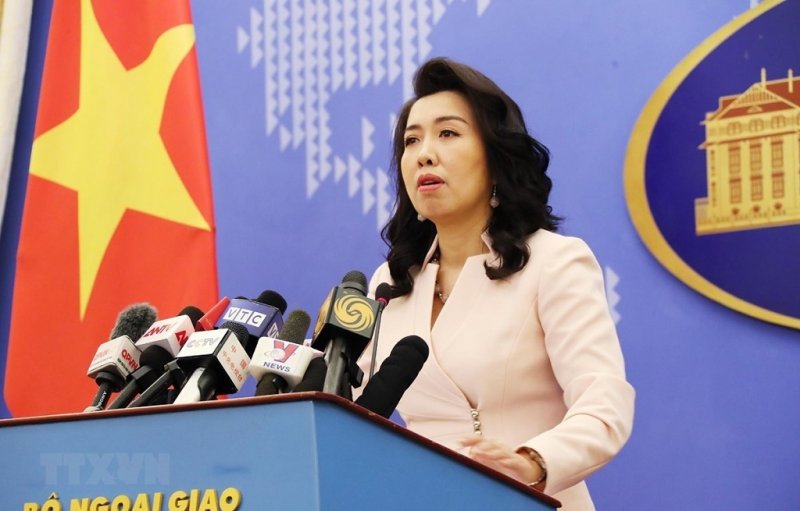 NDO/VNA – Vietnamese diplomatic missions in Japan will continue to coordinate with Japanese agencies for the urgent investigation into the death of a Vietnamese man in Osaka while implementing necessary citizen protection measures to protect the legitimate rights and interests of Vietnamese citizens, Foreign Ministry spokesperson Le Thi Thu Hang informed at a regular press conference of the ministry held online on August 5.

She said immediately after there was information on social networks about a Vietnamese young man who died after being assaulted in Osaka city's Namba area, the Vietnamese Consulate General in Osaka contacted the Japanese Ministry of Foreign Affairs, Osaka police, and Vietnamese community in the Kansai region to learn about the case.

On August 3, local police officially informed the Consulate General in Osaka that the victim is a Vietnamese national, born in 1999 from the northern port city of Hai Phong. The Consulate General has contacted and sent condolences to the victim's family, affirming that it would closely follow the case and assist the family in necessary procedures.

Hang said according to the latest updates from the Consulate General, Osaka police had arrested a suspect in the case - a foreigner - at 4:10 pm local time on August 5.

The Foreign Ministry's Consular Department is ready to assist the victim's family, she said.

"This is a heartbreaking incident. We would like to send our deepest condolences to the victim's family and will coordinate with and request the Japanese side to soon bring the perpetrator to trial," said the spokesperson.