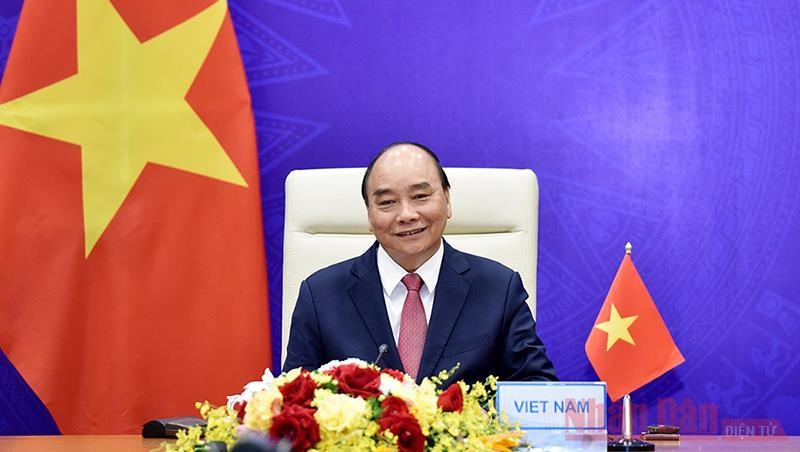 NDO/VNA - President Nguyen Xuan Phuc and his spouse will pay an official friendly visit to Laos from August 9-10 at the invitation of General Secretary of the Lao People's Revolutionary Party and President of Laos Thongloun Sisoulith, Spokeswoman of the Ministry of Foreign Affairs Le Thi Thu Hang announced at an online press conference on August 5.

He will deliver a speech at the first extraordinary session of the 9th NA of Laos, and attend and address the inaugural and handover ceremony of the Lao NA House, and join other activities.

Hang said that during these talks and meetings, the two sides will discuss measures to deepen the great friendship, special solidarity and comprehensive cooperation between Vietnam and Laos, thus bringing practical benefits to the people of both countries.