In the framework of the 54th ASEAN Foreign Ministers’ Meeting, Vietnam chairs and co-chairs meetings between ASEAN countries and Japan, South Korea. 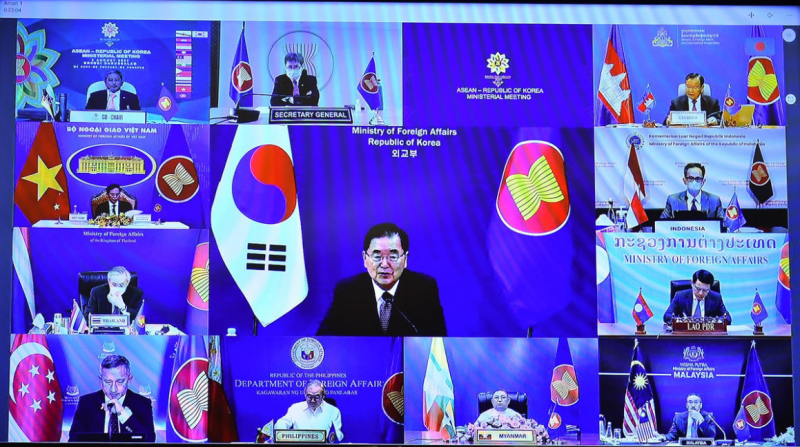 Vietnam officially assumes the role as coordinator for ASEAN-the Republic of Korea (RoK) relations for 2021-2024 at the ASEAN-RoK Foreign Ministers’ Meeting held via videoconference on August 3, according to VNA.

Speaking at the event, Vietnamese Foreign Minister Bui Thanh Son affirmed Vietnam will work with other countries to intensify and deepen the ASEAN-RoK strategic partnership in the new period. Son appreciated the RoK's increasingly important role in the region and welcomed its New Southern Policy aiming at deepening its partnership with ASEAN and Southeast Asia.

He suggested the RoK continue to supply vaccines against Covid-19 to ASEAN countries, support the bloc’s efforts to narrow the development gap, and promote equitable and sustainable development in the ASEAN sub-regions, including the Mekong sub-region.

The Vietnamese minister thanked the RoK for supporting ASEAN’s principle stance on the Bien Dong Sea (internationally called the South China Sea) and proposed the country cooperate in promoting dialogue and trust-building, exercising restraint, and respecting international law, including the 1982 United Nations Convention on the Law of the Sea (UNCLOS). He affirmed ASEAN's commitment to fully and effectively implementing the Declaration on the Conduct of Parties in the South China Sea (DOC) and maintaining efforts to achieve an effective and substantive Code of Conduct in the South China Sea (COC) in accordance with international law and the UNCLOS. 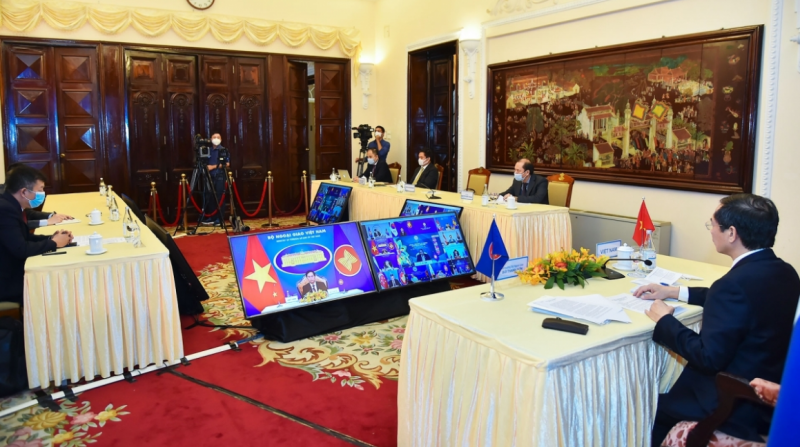 The official also asserted that ASEAN supports the RoK’s efforts to promote peace, stability, and complete denuclearisation on the Korean Peninsula, stressing that ASEAN is ready to play a constructive role and offer favorable conditions for dialogue among parties involved in ASEAN-led mechanisms, according to VOV.

Addressing the meeting, RoK Foreign Minister Chung Eui-yong affirmed that his country attaches importance to its strategic partnership with ASEAN, emphasizing that ASEAN is the priority of its New Southern Policy. In addition to USD 1 million in support for ASEAN’s pandemic response, the RoK proposed organizing the ASEAN-RoK Health Ministers’ Meeting in 2021 and strengthening medical dialogue between the two sides.

ASEAN member states noted their appreciation for the RoK’s timely and effective support, asking it to promote cooperation in the development, production, and supply of Covid-19 vaccines. Participants underlined the need to maintain a peaceful, secure, stable, and favorable environment for pandemic prevention and control and post-pandemic recovery efforts.

The RoK advocates ASEAN’s stance on the Bien Dong Sea, and welcomes the bloc to promote its role in promoting cooperation, dialogue, and trust-building in the region, and building an efficient and effective COC, in line with international law and the UNCLOS.

Both sides consented to issue a Declaration on strengthening ASEAN-RoK cooperation on AOIP at the 22nd ASEAN-RoK Summit later this year. 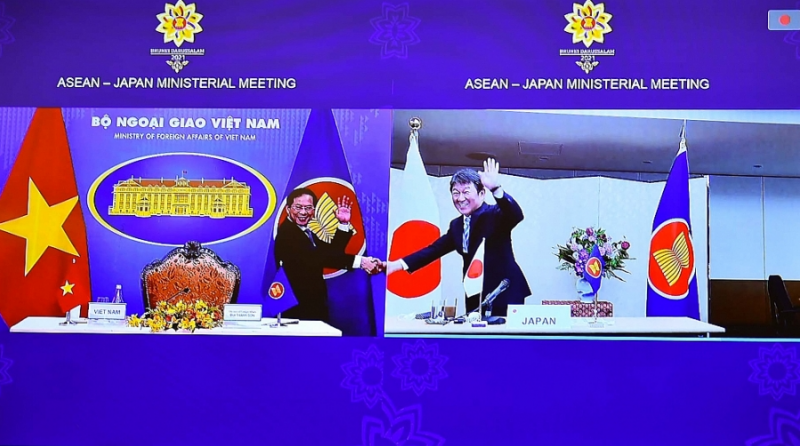 On behalf of ASEAN, Son said the ASEAN-Japan partnership has experienced nearly five decades and is growing strongly. ASEAN and Japan have become reliable friends who have supported and assisted each other in difficult times, he said, adding that the two sides have taken advantage of opportunities and overcome challenges, expand and deepen cooperation.

Motegi affirmed that Japan attaches importance to the Japan-ASEAN strategic partnership, supports ASEAN’s central role, and wants to coordinate with the bloc to effectively implement the Joint Statement of the 23rd ASEAN-Japan Summit on Cooperation on ASEAN Outlook on the Indo-Pacific via specific cooperation projects.

ASEAN Foreign Ministers spoke highly of positive strides in the ASEAN-Japan ties over the past time, as well as Japan’s timely and effective assistance in the fight against Covid-19 since the pandemic broke out. The ASEAN countries and Japan agreed to continue cooperation in the Covid-19 response, easing adverse impacts of the pandemic and fostering comprehensive recovery towards sustainable development. 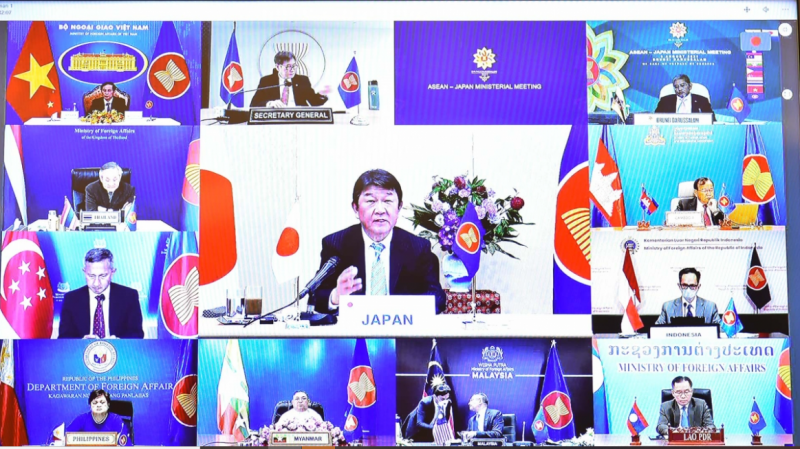 At the meeting. (Photo: VOV)

ASEAN asked Japan to ensure vaccine supply in an equitable and fair manner, and support recovery efforts along with high-quality infrastructure investment and development in sub-regions, especially the Greater Mekong Subregion.

Exchanging views on matters of mutual concerns, the two sides agreed to coordinate together to ensure peace, security, and stability in the region, including security and safety of navigation in the Bien Dong Sea, which is viewed as the world’s important shipping route and faces risks of instability and complicated developments amid current challenges.

Japan affirmed to back ASEAN’s standpoint on the Bien Dong Sea. Japan also asserted that it backs ASEAN’s role in promoting dialogue, reconciliation, and assistance to Myanmar to seek solutions for the country's stability.

The participating countries committed to holding events marking the 50th anniversary of the ASEAN-Japan relations and agreed on the organization of a commemorative summit in Japan in 2023. At the end of the conference, Son handed over the coordinator role in the 2021-2024 period to his Thai counterpart.