At the meeting, ASEAN and China agreed to continue to give priority to coordination in effectively controlling Covid-19 and mutual support in a sustainable recovery. 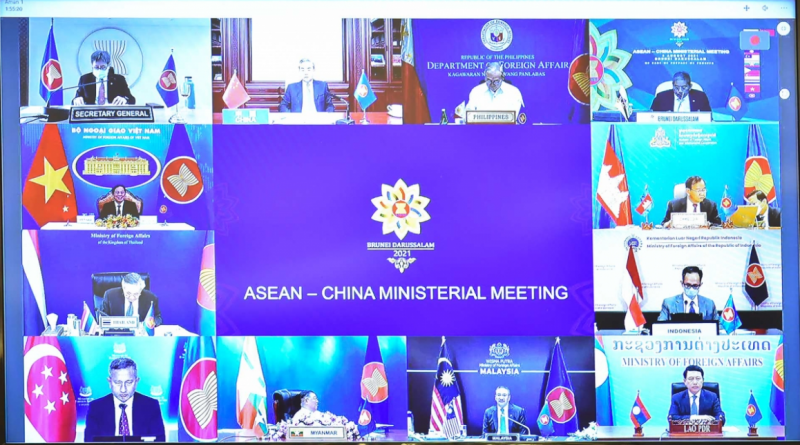 At the meeting. (Photo: VOV World)

In his remarks at the event, Minister Son suggested that the two sides work to fully tap the great potential of bilateral cooperation, promote economic collaboration, facilitate trade and investment, and bolster investment in infrastructure development in the region and within sub-regional cooperation frameworks, including the Mekong-Lancang Cooperation.

He expressed hope that China will continue to provide Covid-19 vaccines to ASEAN countries and help them improve medical response capacity.

The Vietnamese minister underlined the need for all parties to show goodwill in cooperation, take responsible actions, and work together for a South China Sea (locally called Bien Dong Sea) of peace, stability, security, safety, and environmental protection. All parties should uphold the rule of law and settle disputes and differences through peaceful measures, he stressed, affirming that Vietnam is committed to working with other ASEAN countries and China to continue to fully and effectively implement the Declaration on the Conduct of Parties in the South China Sea (DOC) and welcomes the resumption of negotiations on a Code of Conduct in the South China Sea (COC). 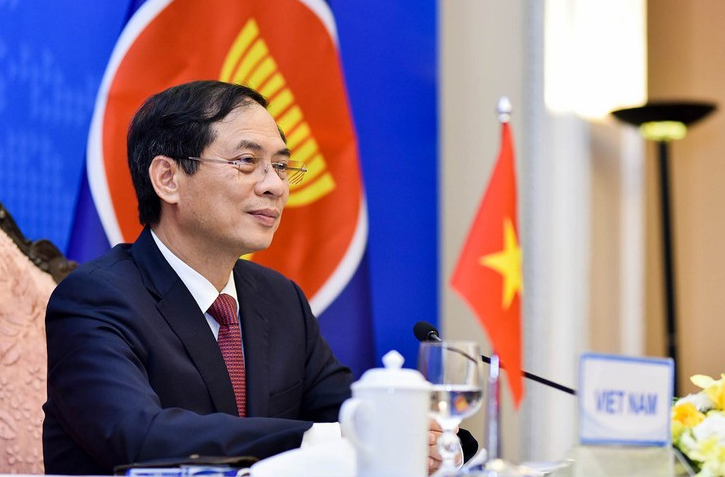 Vietnam will do its best to push forward the negotiation process for the finalization of a practical, effective COC that is in accordance with international law, including the 1982 United Nations Convention on the Law of the Sea (UNCLOS), which is supported by the international community, he said.

At the meeting, ASEAN and China agreed to continue to give priority to coordination in effectively controlling Covid-19 and mutual support in a sustainable recovery.

As this year marks the 30th anniversary of the establishment of dialogue relations between China and ASEAN, the two sides should join hands to open up a new era of cooperation, Chinese State Councilor and Foreign Minister Wang Yi said during the videoconference.

ASEAN enjoys a priority position within China's neighborhood diplomacy, said Wang, adding that new and important progress has been made in the friendly cooperation between the two sides. Noting that China regards ASEAN as its primary partner in the fight against Covid-19, Wang said China has provided more than 190 million doses of Covid-19 vaccines to the 10 ASEAN countries so far, along with other anti-Covid-19 supplies, Xinhua cited. 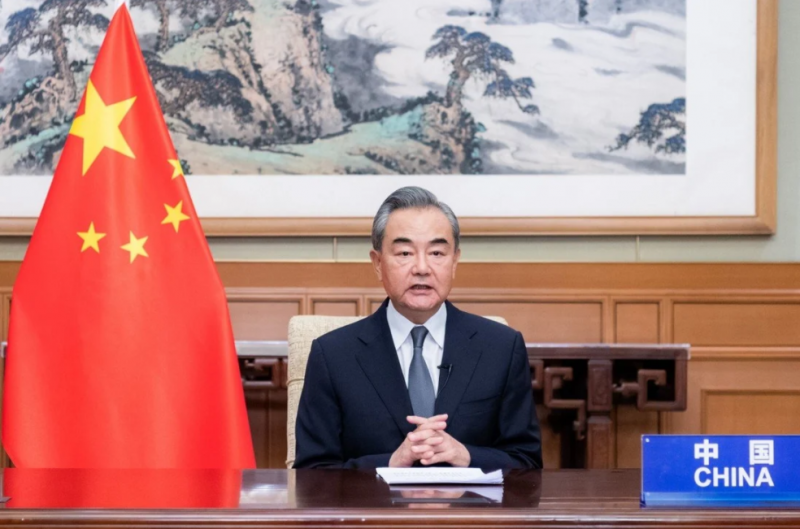