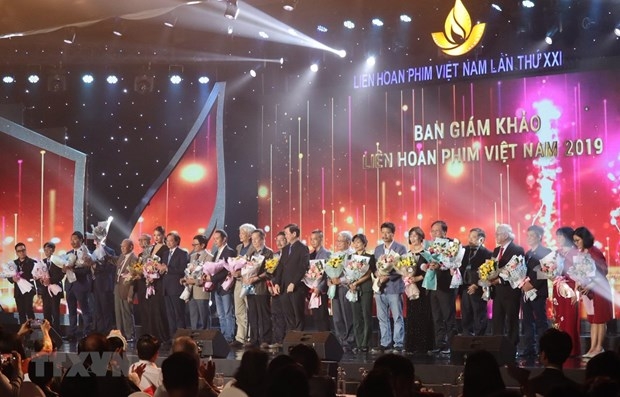 NDO/VNA – The 22nd edition of the Vietnam Film Festival will be postponed until November instead of taking place in September as planned, due to the ravages of COVID-19, Director of the Ministry of Culture, Sports and Tourism’s Cinematography Department Vi Kien Thanh said on August 3.

The opening ceremony is slated for November 19 while the closing and award ceremony will be held four days later.

Films seeking participation in the festival must be sent to organisers before August 15.

Earlier, the holding of the film festival in Hue city of the central province of Thua Thien-Hue on September 12-16 was approved by the Ministry of Culture, Sports and Tourism.

A panoply of sub-events will be held on the sidelines, notably an exhibition highlighting Thua Thien-Hue province, and an outdoor movie screening combined with an ao dai (traditional long dress) fashion show.

The biennial festival honours outstanding works and artists with contributions to the country’s cinematography.

It also offers chances for insiders to further roll out a project to devise and promote the Vietnam Film Festival in the 2021-30 period.