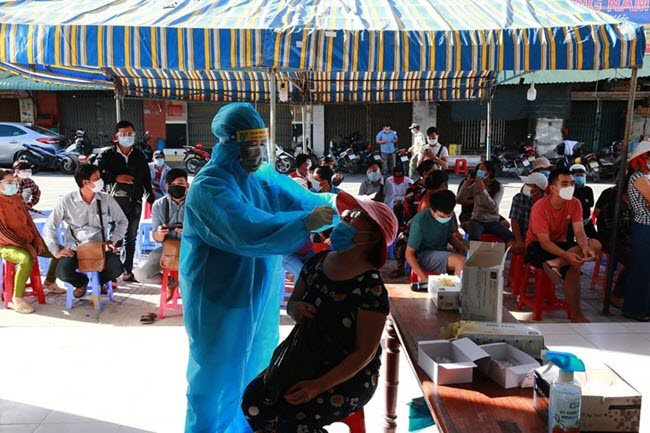 The deceased had underlying medical conditions, said the provincial Department of Health,

She was among the 186 Covid deaths between July 28 and August 2 in 10 cities and provinces that the Ministry of Health confirmed this morning, August 3.

According to the province’s anti-Covid steering committee, eight coronavirus patients in the province are severely ill and have to rely on oxygen therapy, including six cases being treated in La Gi Town and two others in Duc Linh District.

By this morning, the province had reported 751 infections, with La Gi Town accounting for the most at 625 cases. Specifically, 695 are active cases, while 56 others have fully recovered and were discharged from hospitals.

The Covid situation in the province remains complicated with new cases on the rise, especially in La Gi Town. Also, Phan Thiet City has yet to detect the source of transmission of the cases, while four infection clusters in Ham Tan District were linked to La Gi Town.

Further, some 350 residents returned home in Binh Thuan from other localities every day, especially a number of workers from the virus-hit Dong Nai Province, posing a high risk of new infections in the upcoming period.