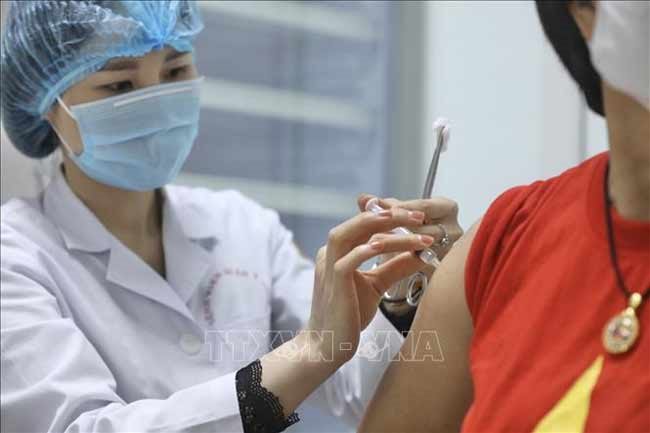 HCMC – HCMC-based Nanogen Pharmaceutical Biotechnology JSC has proposed the Ministry of Health and the Research Ethics Committee allow it to test its Covid-19 vaccine, Nano Covax, on 0.5-1 million people.

The company had earlier proposed an approval for the emergency use of the vaccine, the local media reported.

On August 2, Deputy Minister of Health Tran Van Thuan, head of a special team for the research, clinical trial and development of Covid-19 vaccines, worked with scientists of the Vietnam Military Medical University, the National Institute of Hygiene and Epidemiology and the Pasteur Institute in HCMC on the trial progress of Vietnam’s Covid-19 vaccine—Nano Covax.

Delivering a report at the meeting, a Nanogen representative said the company was conducting the third phase of the trial of Nano Covax on 13,000 volunteers, with each receiving two shots, four weeks apart.

The third trial phase was divided into two stages, with the first one involving 1,000 people and the second stage, 12,000 people.

The result of the trial on the 42nd day after 1,000 people received their first injection in the first stage showed that all of them developed antibodies against the coronavirus and 99.2% of them produced an immune response.

Nanogen also proposed starting research on the use of the vaccine on children aged from 12 to 18 after it is approved.

The ministry asked Nanogen to submit a report on the results of the second trial phase and preliminary results of the third phase before August 15 so that the ministry and the Research Ethics Committee can consider the approval for the emergency use of the vaccine.