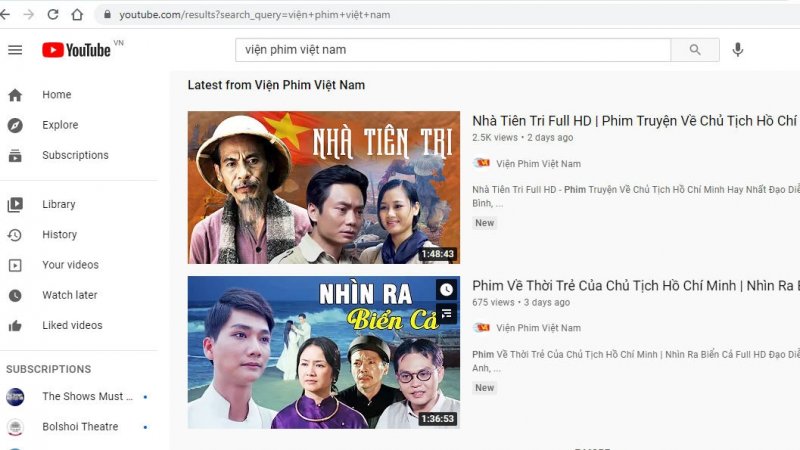 NDO – The Ministry of Culture, Sports and Tourism (MoCST) always supports promoting and bringing cinematic works ordered by the State to the public, but it is necessary to pay attention to issues of copyright and other relevant legislation.

The statement was made by Deputy Minister of MoCST Ta Quang Dong at the meeting of the Ministry of Culture, Sports and Tourism about the Vietnam Film Institute (VFI)'s experiment to popularise Vietnam movies on its Youtube channel in recent years.

Deputy Minister Ta Quang Dong said that he has directed functional units under the MoCST to coordinate in reviewing the published and screened content, in order to promote propaganda, exploitation and dissemination of cinema works ordered by State to the public through information channels and online platforms.

The view of the Ministry of Culture, Sports and Tourism is always to support the promotion and bringing cinematic works ordered by the State to the public. In the context of people staying at home because of the Covid-19 pandemic, it is very practical to take advantage of online platforms to bring films about historical, revolutionary, and human values to viewers. However, Deputy Minister Ta Quang Dong also noted that it is necessary to pay attention to copyright issues and other relevant legal provisions.

In the coming time, the MoCST will provide instructions for people to access more Vietnamese films, especially those ordered by the State. Currently, the number of films in the VFI’s archives is very large with a diverse range of content, so these movies should not be let go to waste in the warehouse. Deputy Minister Ta Quang Dong directed the Vietnam Cinema Department, the VFI and related units to review and classify the films to bring them to the public according to useful and practical topics.

The dissemination of high-quality Vietnamese cinematographic works is expected to contribute to promoting Vietnam’s image, people and cultural identity while promoting the development of the country's cinema.