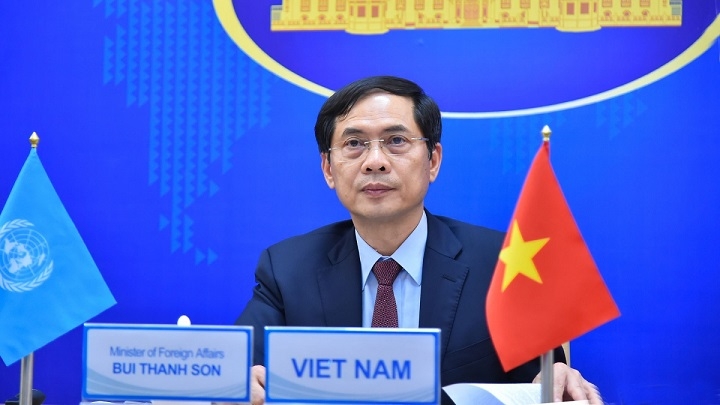 NDO/VNA - Chinese State Councilor and Foreign Minister Wang Yi has sent a message of congratulations to Bui Thanh Son on his appointment as Minister of Foreign Affairs of Vietnam.

In the message, Wang said the relationship between Vietnam and China has developed fruitfully, adding that the two countries’ leaders have maintained their strategic exchanges, and their bilateral cooperation across spheres has been deepened in a substantive manner.

He expressed his hope that in the new context, the two sides will work together to plan and step up their joint work under the directions defined by high-ranking leaders of the two countries, thus continuously contributing to the Vietnam-China friendly neighbourliness and comprehensive cooperation.

Son was appointed by the State President and approved by the 15th National Assembly to be Minister of Foreign Affairs at the legislature’s first session.