The Cuban diplomat voiced his government’s desire to promote the special friendship, solidarity, and mutual trust between the two parties, states, and peoples of Cuba and Vietnam. 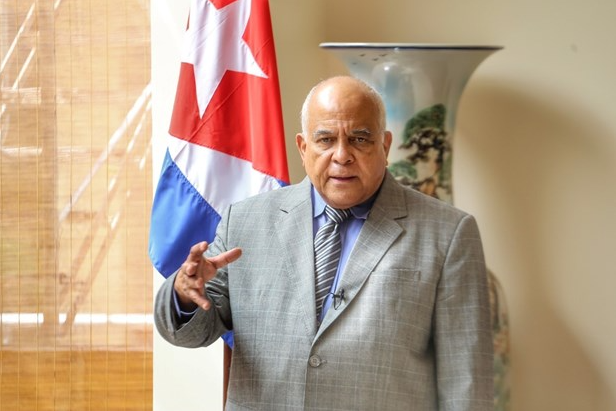 Cuba attaches importance to strengthening the relations of special friendship and comprehensive cooperation with Vietnam, Ambassador Orlando Nicolas Hernandez Guillen said at a press briefing in Hanoi on July 21.

Briefing media workers on the situation in Cuba, ambassador Guillen said the Caribbean island nation is at the most difficult time in the 60-year history of the Revolution due to the impact of the Western-imposed economic embargo and the Covid-19 pandemic. However, the situation has been brought under control, he confirmed.

He accused foreign hostile forces of taking advantage of the present difficulties in Cuba to incite violence and illegal acts and condemned social media campaigns that aim to defame and distort the situation in the Caribbean nation, according to VNA.

Such social media campaigns against Cuba took place in the context of the economic blockade adversely impacting the Cuban economy, cutting its revenue from goods and service exports and hindering the country’s access to medical materials and supplies given the complex developments of the pandemic, thus severely affecting people’s daily activities, according to the ambassador.

In such a difficult context, the ambassador said the Cuban Government has made every effort to protect people’s lives by introducing effective medical measures. As a result, the mortality rate from Covid-19 in Cuba is only 0.66% compared to 2.15% recorded in the world and 2.61% in the Americas.

Ambassador Guillen noted that Cuba has put into emergency use the locally produced Abdala vaccine, with an efficiency of up to 92.28% against the SARS-CoV-2 virus. In addition, it is developing four other Covid-19 vaccines using domestic resources, including Soberana, which has completed the third phase of its human clinical trial and has an efficiency of 91.2%. All the vaccines are under clinical trials, VOV cited.

During the press briefing, the Cuban diplomat voiced his government’s desire to promote the special friendship, solidarity, and mutual trust between the two parties, states, and peoples of Cuba and Vietnam, including cooperation in the supply and transfer of vaccine production technology. 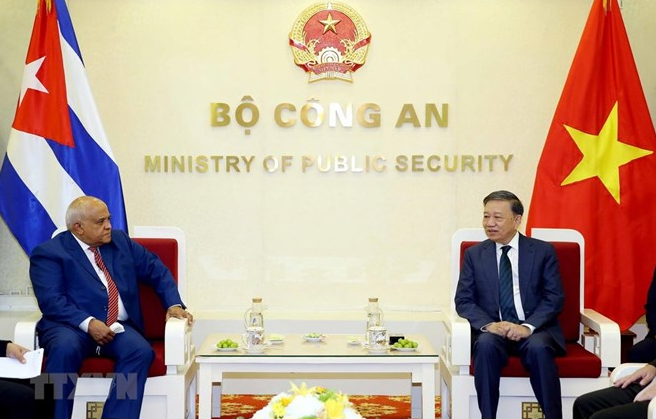 Minister of Public Security Gen. To Lam has proposed Cuba facilitate Vietnam’s access to the former's Covid-19 vaccines and support the transfer of vaccine production technologies to the Southeast Asian country in a meeting with Cuban Ambassador to Vietnam Orlando Nicolas Hernandez Guillen on July 20.

Stressing the significance of intensifying bilateral cooperation in ensuring national security and maintaining social safety and order in each country, he suggested the Vietnamese Ministry of Public Security and the Cuban Ministry of the Interior continue supporting each other in all fields in which they have strengths.

The Cuban diplomat affirmed that in his position he will work as a bridge contributing to deepening the traditional friendship and collaboration between the two countries, VOV cited.

Answering reporters’ queries on Vietnam’s stance on the recent disorder in Cuba, Foreign Ministry’s Spokesperson Le Thi Thu Hang said that Vietnam has learned that the situation in Cuba has become stable again right after the disorder that was caused by protests on July 11.

She stressed that Vietnam calls on the US to end the hostile policy and unilateral economic and financial embargo against Cuba. The US’s blockage and embargo measures against Cuba, which have lasted for nearly 60 years and have been tightened in recent times, have worsened socio-economic difficulties facing Cuban people.

She said that the US should take specific steps towards normalization of relations with Cuba for the interest of people in both countries and contributing to peace, stability, and development in the region and the world.

The Foreign Ministry’s spokesperson stated that Vietnam always remembers the solidarity and specious support that Cuba has given to Vietnam in the hardest times. Vietnam will always stand side by side with the Cuban people and give them the best possible support, Hang added.