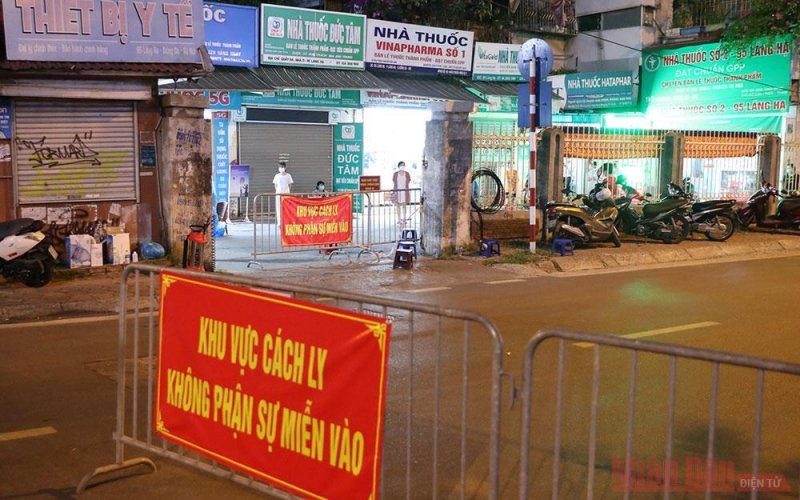 NDO/VNA - A further 4,789 domestic cases of COVID-19 were reported in Vietnam on July 20, along with six imported cases quarantined upon arrival.

Among the new domestic infections, as many as 728 cases were detected in the community. Others are in quarantined facilities or sealed-off areas.

The Central Highlands province of Kon Tum reported the first two cases since the start of the pandemic.

The national tally has to date reached 62,820, including 60,735 domestically-transmitted and 2,085 imported cases.

Also on July 20, as many as 396 patients have recovered fully, raising the total number of recoveries to 11,443.

As many as 123 patients are being treated in intensive care units. Eighteen other cases are in critical condition and being treated with ECMO.

A total of 4,305,501 million COVID-19 vaccine doses have been administered nationwide.

To date, 180 units nationwide have been allowed to conduct COVID-19 confirmation tests by the Health Ministry.