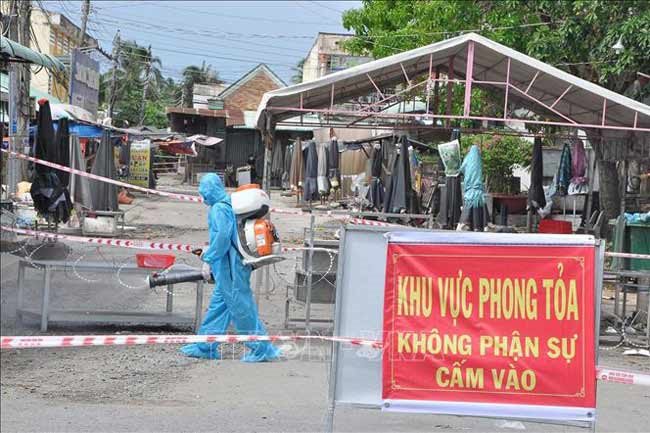 HCMC – The steering committee for Covid-19 infection prevention and control of the Mekong Delta province of Tien Giang has announced three Covid-19 deaths, including one found to be infected in a test after death.

One of the deceased was a 54-year-old patient in My Tho City, who was transferred from the My Tho Medical Center to the field hospital No. 2 on July 11, Tuoi Tre Online newspaper reported.

The patient died on July 19.

Another case was a 72-year-old patient in Chau Thanh District. The Tien Giang General Hospital transferred the patient to the field hospital No. 2 on July 19. The patient died on July 20.

The other case was a woman, aged 59, who died at her home in Cho Gao District on July 19.

She was later found to be infected with Covid-19.

It was reported that her daughter was a trader at the Binh Dien wholesale market in HCMC’s Hoc Mon District. Due to the suspension of the market, she returned home. She has also tested positive for the coronavirus and is being quarantined at the Cho Gao Medical Center.

The competent agencies of Tien Giang Province have locked down her neighborhood and traced those in direct contact with her.

Thus, the province has recorded 19 Covid-19 deaths so far.