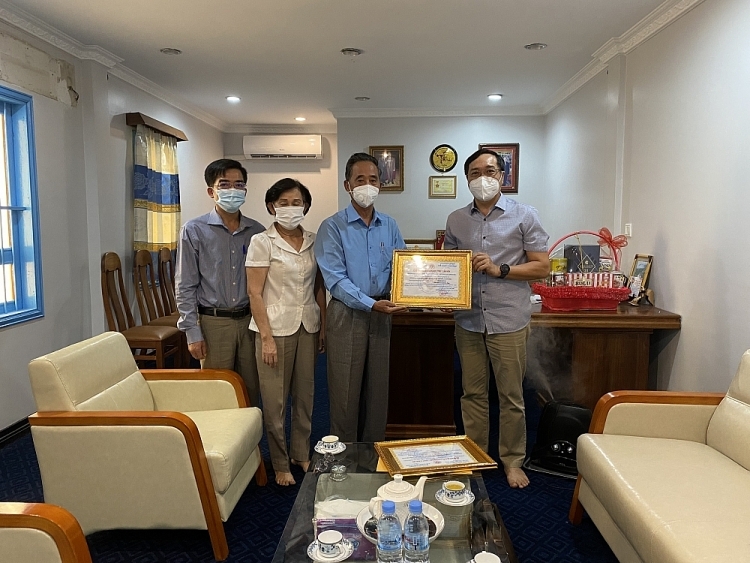 At the hand-over ceremony.

Speaking at the ceremony, Chau Van Chi, chairman of the Khmer - Vietnamese Association, thanked VUFO and the friendship association for the support and concern of overseas Vietnamese. He said the association would quickly send the sum to needy households.

In the letter, leaders of VUFO and the association sent their sincere greetings, wishing to share with the difficulties that people are facing in the process of relocating floating houses, fish farming rafts and other structures on the Tonle Sap river.

They also said they appreciated the Khmer - Vietnamese Association's contributions in alleviating the difficulties of local residents and persuading them to comply with the local government's decision. At the same time, they encouraged people not to move boats and rafts to Vietnam.

"With the spirit of solidarity, mutual affection and the desire to accompany the Khmer - Vietnamese Association in Cambodia in activities for the Vietnamese people in Cambodia, the VUFO and the Vietnam - Cambodia Friendship Association hope this small sum will partly help people overcome the immediate difficulties, step by step stabilize their lives," they wrote in the letter.

In the letter, the VUFO and the friendship association also expressed their hope that the Khmer - Vietnamese Association would continue to take care of, support, propagate and encourage people to comply with the laws and regulations of local authorities at all levels, to contribute to maintaining social stability and economic development of Cambodia as well as to consolidating and enhancing the traditional friendship and comprehensive cooperation between the two peoples. 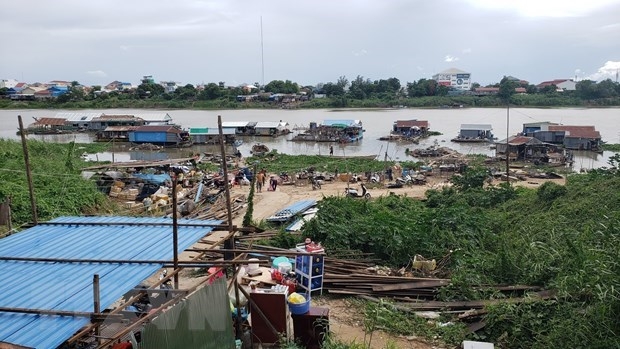 Vietnam has paid attention to Cambodia’s plan which was announced on June 2 and involves works of Vietnamese Cambodians there, said the Ministry of Foreign Affairs' Spokeswoman Le Thi Thu Hang during a virtual press conference held June 10.

According to the spokeswoman, the Vietnamese representative agencies in collaboration with the Khmer – Vietnamese Association in Cambodia have helped Vietnamese households move to new areas in line with the Cambodian government’s policy, and they have begun settling down.