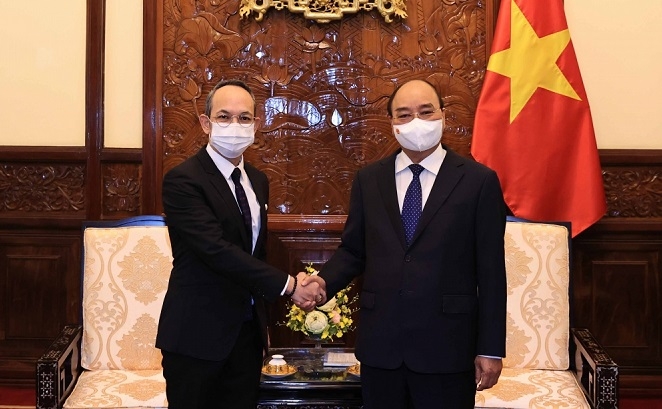 NDO/VNA – President Nguyen Xuan Phuc on July 13 hosted receptions for Ambassadors of Thailand, Chile, Cuba and Russia, who came to present their credentials.

At the meeting with Thai Ambassador Nikorndej Blankura, the President affirmed Vietnam always attaches importance to the enhanced strategic partnership between the two countries. He asked the ambassador to convey his thanks to the Thai King and Prime Minister for their support of major Thai businesses in making investing in Vietnam.

President Phuc suggested the two nations further coordinate at the United Nations, the Association of Southeast Asian Nations (ASEAN) and the Asia-Pacific Economic Cooperation (APEC) forum, while working together to enhance cooperation and unity in ASEAN, and promote the centrality of ASEAN in regional matters, including those regarding the East Sea and the Mekong River’s water resources.

The Thai ambassador pledged efforts to raise trade revenue between the two countries to US$25 billion by 2025, and to connect Vietnamese and Thai firms. 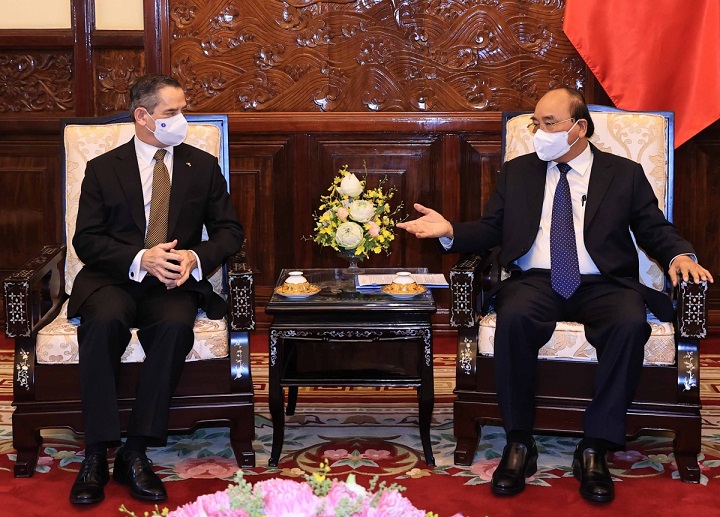 He suggested the two countries cooperate to open door for each other's agricultural products, and soon ratify the Comprehensive and Progressive Agreement for Trans-Pacific Partnership (CPTPP).

He said he hoped for a phone talk with First Secretary of the Central Committee of the Communist Party of Cuba and President of Cuba Miguel Diaz-Canel over the bilateral relations, as well as regional and international issues of shared concern.

President Phuc used this occasion to thank Cuba for sending experts and COVID-19 drugs to Vietnam.

Vietnam and Cuba should work to ensure the sustainability in their economic, trade and investment ties, he said, calling on the Cuban side to facilitate the investment of Vietnamese firms.

Vietnam stands ready to support and cooperate with Cuba to ensure food security, he added. 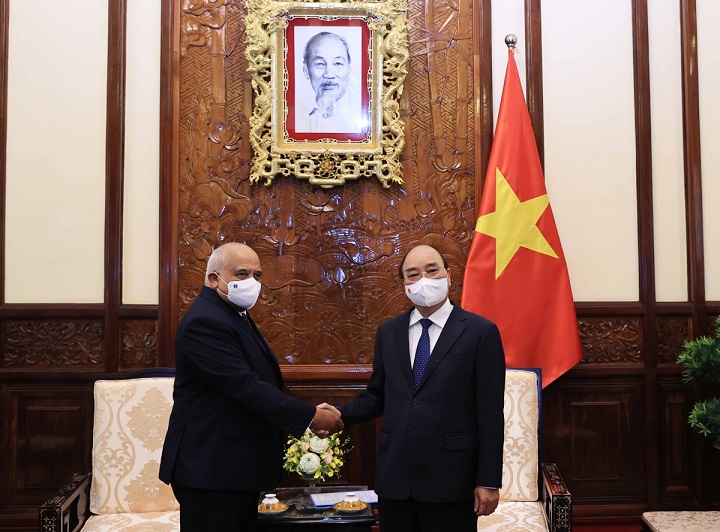 President Phuc also affirmed Vietnam’s consistent stance on backing Cuba and demanding an end to the embargo on the Caribbean country.

The Cuban ambassador, for his part, noted his wish for more Vietnamese investments and cooperation with Vietnam in pharmaceuticals and healthcare. He also thanked Vietnam for its assistance in ensuring food security.

Vietnam always regards Russia as a leading important partner in its foreign policy and wishes to beef up the bilateral collaboration across spheres, he said. 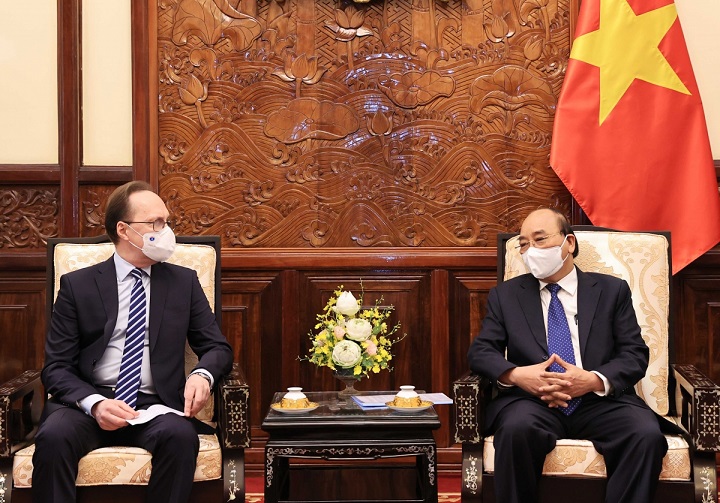 The ambassador said Vietnam is a priority partner of Russia not only in Southeast Asia but also in Asia-Pacific, promising to make efforts to boost the multifaceted cooperation between the two countries.

He also thanked Vietnam for presenting medical supplies to Russia in the pandemic combat, and affirmed that Russia will further help with the transfer of technology of vaccine production to the country.