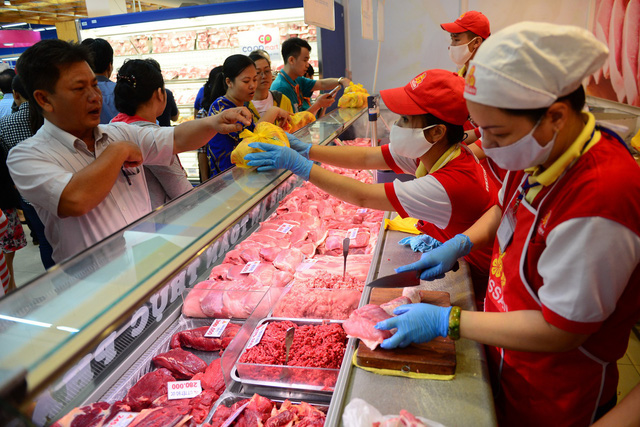 Vietnam’s total import turnover of livestock products in the first six months of 2021 is estimated at US$1.82 billion, a year-on-year increase of 8.9 per cent.

The latest data from the Ministry of Agriculture and Rural Development showed that Viet Nam imported about 70,000 tonnes of pork and pork products by the end of the first six months.

The country imported 12,800 breeding pigs and over 2.2 million breeding poultry in the first six months of the year.

The main meat import markets of Viet Nam are Russia, the US, India, the Netherlands and Poland.

Russia was the largest market supplying meat and meat products to Viet Nam after the first five months of this year with 45,750 tonnes, worth $97.49 million, up 493.2 per cent in volume and up 437.5 per cent in value over the same period in last year.

The Vanguard newspaper of Vietnam quoted Nguyen Van Trong, deputy director of the Livestock Breeding General Department under the Ministry of Agriculture and Rural Development, as saying that due to the influence of African swine fever, the amount of imported pork from other countries to Viet Nam increased sharply.

Trong said Viet Nam had continued to maintain a large amount of imported pork from the beginning of the year until now, but in fact, foreign pork only accounted for about four per cent of the total amount of meat in the country, so it was not a concern.

He also added that in the context of the COVID-19 pandemic, pork consumption is falling sharply, so it was forecasted that the amount of meat imported this year would be less than last year.

As of June, the re-herd work of the livestock industry has achieved positive results – the pig herd increased by 11.6 per cent with meat output reaching more than 2 million tonnes.

Cattle and poultry herds recovered with a total meat output of all kinds estimated at 3.16 million tonnes, a year-on-year growth of 22.58 per cent.

The biggest concern then was for farmers. While the prices of products were low, production costs were high, plus the pandemic made it difficult to transport, meaning farmers are facing the risk of losses, Trong said.

The reason was that there were too many intermediary stages in the process of distributing pork to the market, leading to difficulties between the three stages of production, supply and consumption, according to Vietnam News Agency.