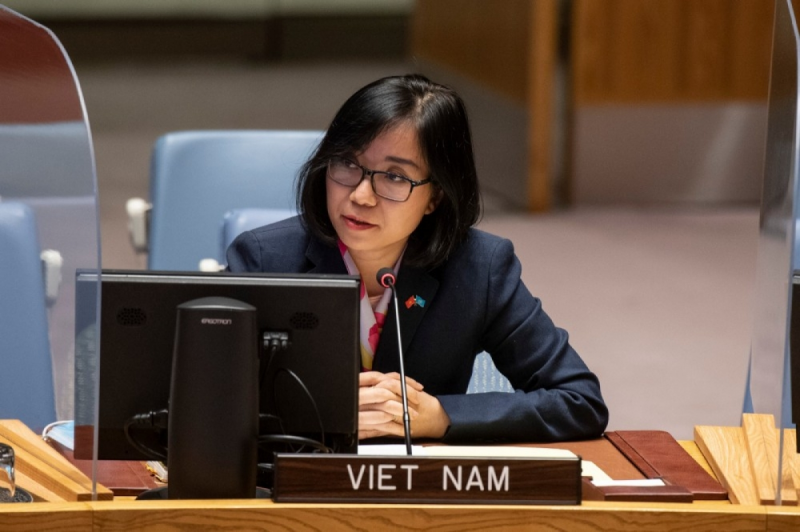 Nguyen Phuong Tra, deputy head of the Vietnamese delegation to the United Nations.

Addressing a closed meeting of the UN Security Council on the Haitian situation on July 8, Nguyen Phuong Tra, deputy head of the Vietnamese delegation to the UN, called on parties concerned to refrain from actions that may increase tensions, continue efforts to promote timely elections as well as to strengthen measures to ensure national security, and protect civilians, especially women and children.

Tra reaffirmed Vietnam’s support for the Haitian people towards peace, stability and development. She called on the United Nations and the international community to support Haiti in organizing elections and increasing security assistance for the people in the near future.

President Jovenel Moise was assassinated on his residence in Petion-Ville on the outskirts of capital Port-au-Prince early on July 7. Acting Prime Minister Claude Joseph said six Colombians and two Haitian Americans were involved in the killing.

Haitian authorities have apprehended six who perpetrated the attack and are now looking for the masterminds behind it.

Jovenel Moise was sworn in on 7 February 2017 for a five-year term. According to CNN, Moise had repeatedly failed to hold elections at local and national levels during this presidency. A constitutional referendum is set to be held in September, alongside the presidential and legislative elections. Local people will cast their ballots in municipal and local elections scheduled for January 16, 2022.