Officials used the event as a platform to highlight the success of defense cooperation between the two countries. 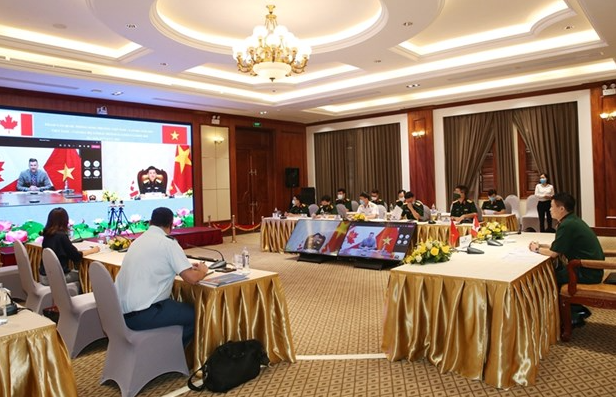 The Vietnamese delegation included Lt. Gen. Vu Chien Thang, Director of the Foreign Relations Department at the Ministry of National Defence, along with representatives of the ministry’s agencies, and the military attache of Vietnam to the US and Canada.

The Canadian side was led by Assistant Deputy Minister (Policy) at the Department of National Defence Peter Hammerschmidt, who was joined by the military attache of Canada to Vietnam, according to VNA.

Officials used the event as a platform to highlight the success of defense cooperation between the two countries as a key factor in continually capturing attention from leaders of the two ministries and been implemented in an effective manner.

Thang, therefore, expressed his hope that the Canadian Department of National Defence will pay close attention to and support co-operation fields which the Vietnamese side has demand for, such as war aftermath settlements, the local defense industry, military medicine, humanitarian aid, and disaster relief.

He went on to stated that the country will support Canada on the basis of ASEAN’s consensus principle when the latter takes part in the bloc’s co-operation mechanisms, VOV cited.

At the consultation, the two sides also discussed and reached an agreement on the defense cooperation plan for 2021 - 2023, as well as the preparations for the Vietnam - Canada defense policy dialogue at the deputy ministerial level this year. 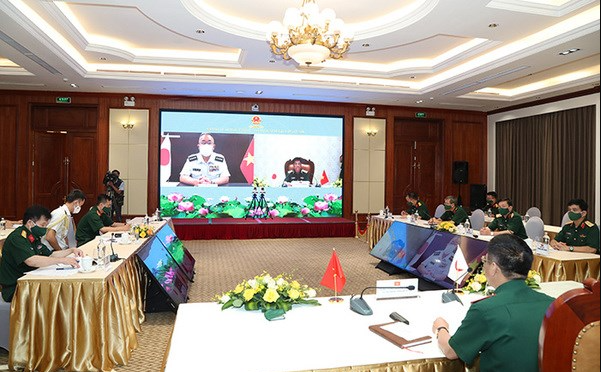 At the talks, Nghia said he is ready to join hands with Gen. Yoshida to make contributions to promoting cooperation between the countries’ ground forces and military forces at large.

For his part, Gen. Yoshida pledged to exert efforts in promoting friendship and cooperation between the armed forces of Vietnam and Japan in the coming time in a deep, practical, and effective manner.

The two sides agreed that the countries’ cooperation in national defense, and ground forces in particular has been flourishing.

On the basis of implementing the common perceptions reached by the countries’ Defence Ministers at their online talks held on June 3, both sides agreed on a number of future cooperation agreements between the ground forces.

Accordingly, they are to increase exchange events to discuss issues of mutual concern and seek new possible areas of cooperation, as well as military medicine. The sides will share experience in joining United Nations peacekeeping missions, and cooperate in addressing post-war bomb and mine consequences and Covid-19 prevention and control, among others. 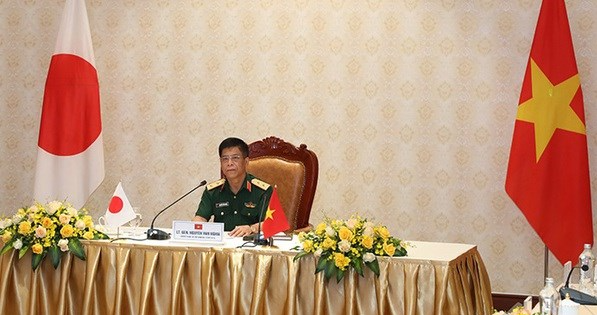